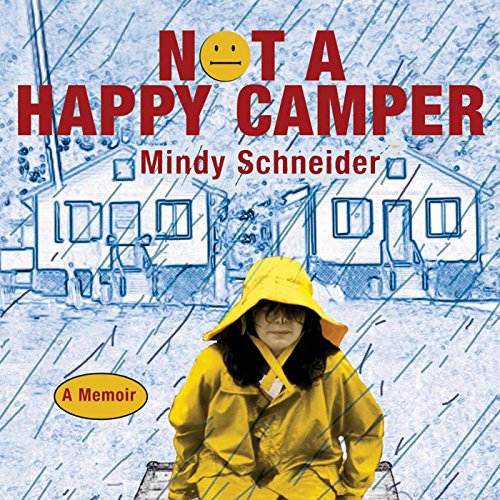 Not a Happy Camper

By: Mindy Schneider
Narrated by: Jennifer Wydra
Try for $0.00

Remember those long sultry summer days at camp, the sun setting over the lake as you sang "Kumbaya"? Well, Mindy Schneider remembers her summer at Camp Kin-A-Hurra in 1974 just a wee bit differently. Not a Happy Camper chronicles a young girl's adventures at a camp where the sun never shines, the breakfast cereal dates back to the summer of 1922, and many of the counselors speak no English. For eight eye-opening and unforgettable weeks, Mindy and her eccentric band of friends - including Autumn Evening Schwartz, the daughter of hippies, who communicates with the dead, and the sleep-dancing, bibliophile Betty Gilbert - keep busy feuding in color wars, failing at sports, and uncovering the camp's hidden past. As she focuses on landing the perfect boyfriend and longs for her first kiss, Mindy unexpectedly stumbles across something infinitely grander: herself.

Hilarious, charming, and glowing with nostalgia, Mindy Schneider's memoir is a must-listen for anyone who's ever been to summer camp, or wishes they had.

What listeners say about Not a Happy Camper

I limped through this book, and found myself daydreaming throughout. It feels more like a chapter or two could be read on NPR with the narration style, rather than drizzled into an entire book.