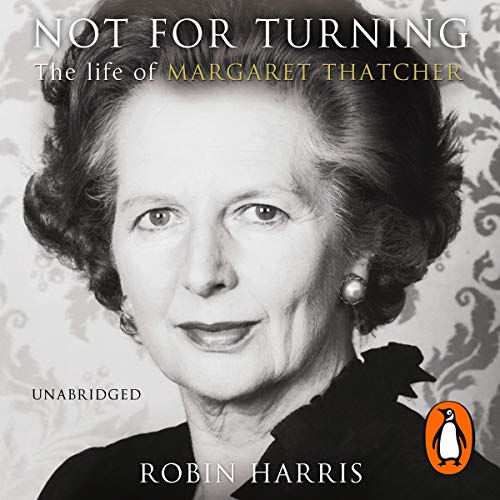 Margaret Thatcher is one of the most iconic politicians of the 20th century. With the possible exception of Winston Churchill, no other Prime Minister has had such an impact on modern British history. Like it or not, her radical social and economic policies have made Britain the country it is today. Without Margaret Thatcher there could have been no New Labour, no Tony Blair and no David Cameron.

Now Robin Harris, for many years Thatcher's speechwriter, trusted adviser, and the draftsman of two volumes of her autobiography, has written the defining book about this indomitable woman. He tells her extraordinary life story, from humble beginnings above her father's grocer's shop in Grantham, her early days as one of the first women in Westminster who became known as 'Thatcher milk-snatcher' during her days in the Ministry for Education and then as Prime Minister. We follow her through the 'Winter of Discontent', the tribulations of the miners' strike and the Falklands War. And Harris writes a stunning account of her exit from power and tells of her life after number 10.

I really enjoyed this account of Mrs Thatchers life. This book is most certainly not written as a unbiased account, one example would be the description of the Westland affair which had me reaching for other accounts just to try and balance things back up.

Interestingly the lack of any mention of Northern Ireland or interment is a serious error, missing on a hugely controversial decision taken by the Prime Minister. The author also has a habit of offering relevant personal criticisms of ministers and advisor's that seem to have no bearing on the narrative.

Nigel Anthony's narration is excellent, I felt as though the author was telling this story.

This a biased account, that in it self isn't a problem as long as the reader is aware, that
I thoroughly enjoyed.

Please note that I am neither a supporter nor critic of Mrs thatcher.

loved every minute of this audio book, even if you don't like Margret Thatcher you must listen to this