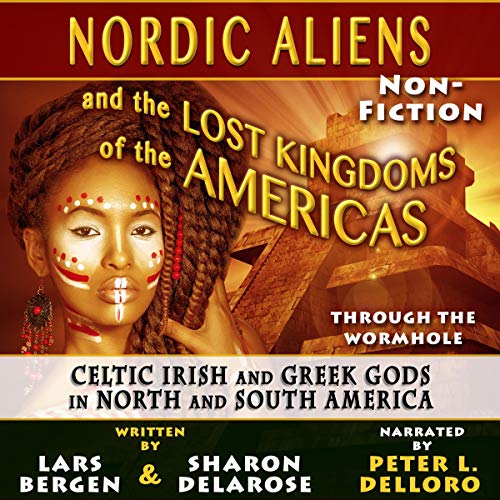 Nordic Aliens and the Lost Kingdoms of the Americas

Nearly a thousand years later, in 150 BC, an ancient map shows the entirety of North America populated with a mysterious peoples, identified in Greek history as displaced Greeks from Mycenaean strongholds. Chinese legends suggest that a kingdom of “fairies” in western North America in AD 499 was ruled by a king who appears to have been Irish or Greek.

These fairies or genii of North America match descriptions of Nordic aliens from our lifetime, and they match the fairies of Celtic Ireland being a flesh-and-blood race known as the Tuatha dé Danann - a race which came down from the sky to Ireland with advanced technology and a Mycenaean mother goddess. The evidence speaks.

Native American legends, Irish legends, Greek legends, and Chinese legends, along with navigational and archaeological evidence, substantiate this migration of the gods to North and South America, whether to colonize anew or to join their existing brethren.

This secret history of the Americas would upset the traditional narratives that the power brokers spin to control what we believe. Look at the evidence - you be the judge.