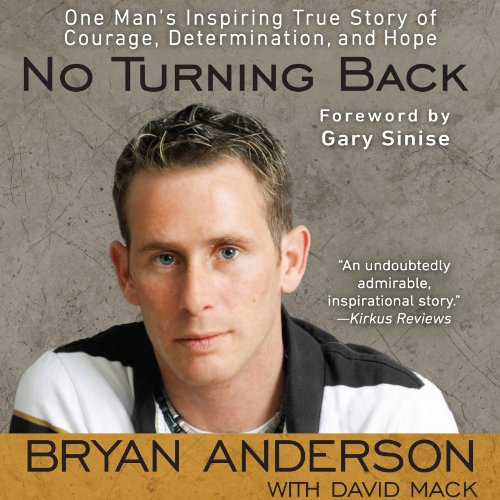 The word conquer has changed meaning for Bryan Anderson. As a U.S. army sergeant in Iraq, it meant taking down the enemy. After becoming Iraq’s fourth triple amputee from a roadside explosive, what he had to conquer got a bit more personal. On October 23, 2005, the moment Bryan looked down and realized he no longer had legs, he cracked a joke. It was a tragedy that could break many, but Bryan transformed it into something positive, something that propelled him forward. Despite grueling surgeries and rehabilitation, his goal has always been bigger than simply walking again. Making the most of life, he went for it, learning how to snowboard, water-ski, rock climb, and skateboard with his condition - even winning himself some gold medals to place next to his Purple Heart.

In this inspiring memoir, Bryan shares his infectious love for life that touches anyone who’s faced hardship. Anyone, in any circumstance, can overcome the toughest challenges, by not just surviving, but thriving. No Turning Back is a testament to pure hard work, perseverance, and hope for a better life - no matter what shape it takes.

What listeners say about No Turning Back

What Heroes are made of

This book was very inspiring to listen to and motivating. I have only mild, partial paralysis and occasionally get a little down.

Great read - thank you for your service.

I laughed, I cried, I learned stuff, I was humbled. This was one of the best books I’ve read in a long time. What a great guy!!

Brian did a great job keeping me engaged in the stories that he told. He made his experiences come alive and kept me listening.

Just what I wanted to hear!

I found this book to be raw, very real, and the stories incredibly relatable. Highly recommended for those looking for perspective on overcoming life's inevitable obstacles and living your best life.