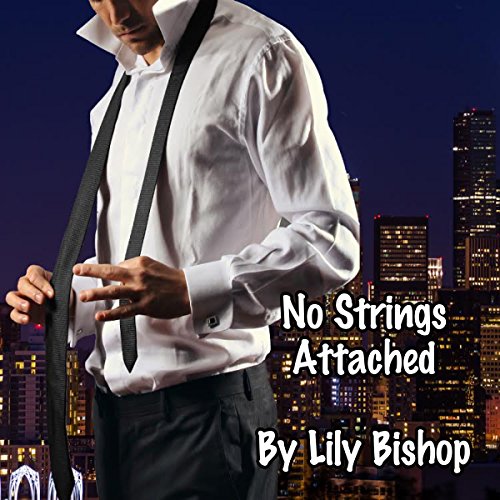 A steamy story of a woman torn between duty and desire, truth and betrayal, No Strings Attached is the first novel in City Lights, a sexy romantic suspense series that will leave you begging for more.

When wealthy entrepreneur Fox Thornton accepts a contract as interim director of a Miami consulting firm, he never suspects he will be working closely with Laura Todd, the beautiful, ambitious young woman who warmed his bed last weekend in Las Vegas.

Laura attends a Vegas conference to prove that her marketing skills justify a promotion. After a spicy weekend fling, she returns to Miami to find that her boss has been replaced by her Vegas lover. She never expected to see Fox again, but now she works for him, and she's the only one who can provide the records he needs for his investigation.

Fox finds the numbers don't add up. The company should be flush with funds but is barely making payroll. He vows to bring the thief to justice, but all signs led to Laura. Can he follow his heart while making sure that justice is served?

This audiobook includes the first chapter of Under His Protection, book two of City Lights, which features Fox's brother, Lee, in his new career as a bodyguard for a senator's daughter.

Ugh...do yourself a favor...pass on this one. If the story had any merit at all, I couldn't tell, the narration was almost comical it was so bad....I only made it through 3 chapters before crying uncle!