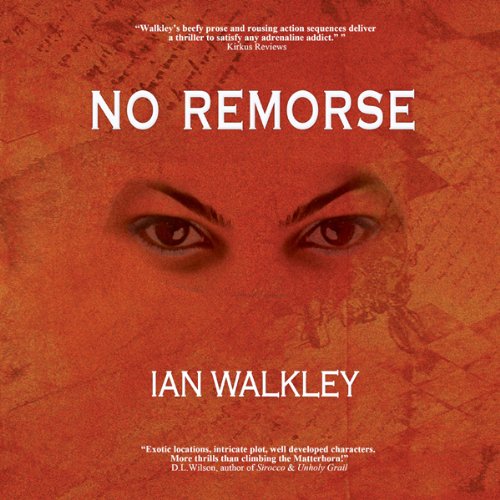 By: Ian Walkley
Narrated by: Paul Christy
Try for $0.00

Two men, exiles from their respective societies, take conflicting approaches in the quest to regain their place and self-respect, and find themselves at war over a kidnapped girl.

Lee McCloud ('Mac'), a special forces soldier facing trumped-up charges of murder, is forced to work for a mysterious government outfit operating outside the law.

Khalid Yubani, cast out of Saudi Arabia for an offence against another member of the Royal family, seeks revenge through ruthless acts of evil.

Engaged in the worst forms of human trafficking, Khalid buys Sophia, the daughter of Mac’s best friend, who has been kidnapped in Mexico. With time running out for Sophia, Mac enlists the help of a beautiful computer genius, a British SAS soldier and a Lebanese fixer to try to find Sophia and save her from the terrifying fate that Khalid has in store. Although starting the quest as a man with no remorse, Mac gradually discovers a side of himself that he suppressed after witnessing the abduction of his own sister years before. Dodging assassins, corrupt generals, evil medicos, Mossad agents, corrupt bureaucrats, and sharks, Mac ignores the order to stay out of trouble and follows Sophia’s trail from Mexico to Paris, London and Dubai, and the island of Andaran, where Khalid and his henchmen are waiting.

“Walkley’s beefy prose and rousing action sequences deliver a thriller to satisfy any adrenaline addict. Mac is portrayed as a rough and ready action-hero, yet his vulnerabilities will evoke empathy in readers. He finds a love interest in Tally, a hacker whose personality is just quirky enough to complement his own. With so many interweaving subplots - kidnapped girls, Israeli undercover agents, nuclear weapons and a secret underwater hideout - it could be easy to lose track of what’s going on. But the author’s deft handling of the material ensures that doesn’t occur; subplots are introduced at the appropriate junctures and, by story’s end, all are accounted for and neatly concluded.” ( Kirkus Reviews)
“First-time author Ian Walkley gets everything right in No Remorse, a gritty, complicated thriller in which a former Delta Forces commander on a mission to rescue a friend's daughter from Mideast slave traders faces a bigger threat than he could possibly imagine. Walkley's story bursts off the page with intense action, exotic locales and authentic details, while realistic characters navigate a web of intrigue and deceit worthy of Clancy or Ludlum at their best. A gripping, heart-stopping thriller. Walkley is definitely an author to watch!” (Karen Dionne, author of Freezing Point, Boiling Point)
“Exotic locations, intricate plot, well-developed characters. More thrills than climbing the Matterhorn.” (DL Wilson, author of Sirocco, Unholy Grail)

What listeners say about No Remorse

Good fast moving story. Plenty of action and just a little touch of intrigue. If you like Lee Child's brand of action/adventure with the Jack Reacher series you'll feel right at home with this one.