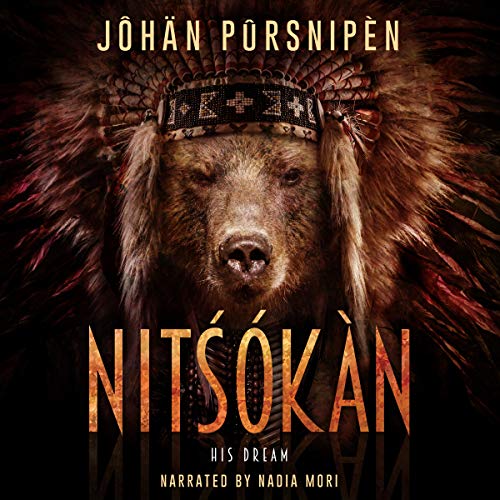 By: Johan Pursnipen
Narrated by: Nadia Mori
Free with a 30-day trial

After the death of the man that raised him as his own, Daniel begins to have reoccurring dreams about people and places unfamiliar to him. They make him begin to wonder what his life would have been like if his birth parents had not been killed when he was four years old. The dreams, seeds planted in his brain by spirits, seem to be a key in finding the answers to his questions. His search takes him to Browning, Montana, where he discovers many details of the life he had been separated from and falls in love with the very woman he may have been intended to be with all along.

In addition to finding family and love in Montana, Daniel gains a deeper understanding of the world around him. He learns to see things through the eyes of the Siksikawa (Blackfeet) and comes to realize that the spirits of loved ones that have passed can appear in the form of an animal or bird to help comfort and guide the living, when he is visited by the ghosts of Mary and Ray Crow Wing. They help him see that he is a link in the chain that connects the past to the future, and when they warn him of possible danger, his role in forging the next link becomes clear. Naapi (Old Man), the spirit that helped shape the world of the Siksikawa and one who can be either kind or a trickster, is embedded in the story. As Daniel learns his own story, he learns he is part of something that began long ago, when Naapi got in the middle of a dispute between the Chief of the Wolves and the Chief of the Grizzlies.

Throughout the story, the language of the Siksikawa (Blackfeet) is used to help perpetuate its existence and for the purpose of reminding people that before the west was won, there were people already living here, living their lives as their ancestors had done for thousands of years.

What listeners say about Nitsokan: His Dream