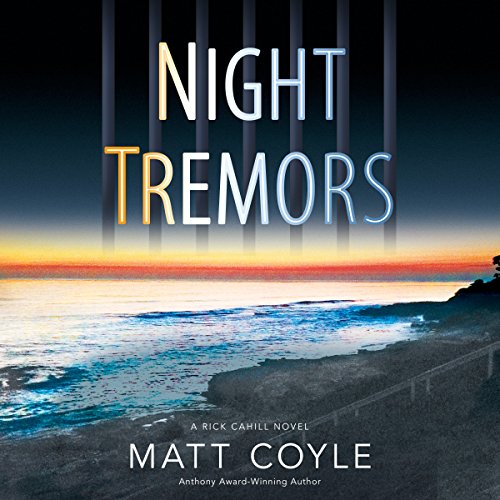 By: Matt Coyle
Narrated by: Timothy McKean
Try for $0.00

Nightmares of the man he killed two years ago still chase Rick Cahill through his sleep. The memory of his murdered wife haunts him during waking hours. His private investigative work, secretly photographing adulterers, paid for his new house but stains his soul.

When an old nemesis asks for his help to free a man from prison, a man he thinks is wrongly convicted of murder, Rick grabs at the chance to turn his life around. His investigation takes him from the wealthy enclave of La Jolla to the dark underbelly of San Diego. His quest fractures his friendship with his mentor, endangers his steady job, and draws the ire of the police chief who had tried to put Rick behind bars forever. With the police on one side of the law and a vicious biker gang on the other, all trying to stop him from freeing the man in prison, Rick risks his life to uncover the truth that only the real killer knows - what happened one bloody night eight years earlier.

What listeners say about Night Tremors

Thos one is entertaining, but not as good as the 1st book. Narrator not too great, either .

A suspenseful and riveting story

Yes, this book keeps you guessing right to the very end.

What was one of the most memorable moments of Night Tremors?

Where the PI put it all together.

The PI. I really liked his determination to get at the truth, and his overall persona. I really connected with his character.

Actually yes, it sadden me to learn who the true killer was. I was hoping to learn who killed the PI's wife. Hopefully there will be another story that will solve that mystery.

This audiobook was provided by the author, narrator, or publisher at no cost in exchange for an unbiased review courtesy of AudiobookBlast.com.

A brilliant main character in a great book

If you could sum up Night Tremors in three words, what would they be?

The ending is amazing. I really enjoyed the story throughout and thought that it had good pace building up to the ending.. Then the ending happened and it's cool! Clever, a twist I'd not expected and a great way to finish. I can't describe it without spooling the book. Jump in an find out!!

What does Timothy McKean bring to the story that you wouldn’t experience if you just read the book?

Excellent narration. I really liked it. The characters are all brilliantly done and I found myself really liking all of them. Even the secondary characters are well written and very well narrated.

Innocence is sometimes difficult to prove and when you've been wrongly accused yourself how do you say no to saving a life?

The PI Rick is the classical tragic flawed hero or an antihero depending upon one's point of view. His motto should be, "If it wasn't for bad luck I'd have no luck at all".

If there is a big pile of doo-doo Rick will inadvertently step into it. Rick has a good heart and sometimes does the wrong things for the right reasons. He is a man of conscience and a truth seeker no matter the cost, and the cost can be dear. Because of this Rick is estranged from the police, friends and his now his former employer who had been his dad's friend.

The big surprise in the novel wasn't a surprise for me as I saw it coming very early in the book. That is why I only gave the story three stars. I liked the story well enough and I sort of have a thing for tragic flawed classical heroes, however to me the big surprise twist was foreseeable. There was a secondary twist which was less predictable.

The narrator did a good job with the character voices, I especially liked how he portrayed the Texas lawyer even though it may of been a bit over the top. I feel though that the narration was a bit choppy and could of been smoother for the parts where the characters weren't speaking.

The main strength of the novel I feel was Rick's character development, his choices and motivation for his actions.

All in all it was satisfactory listen.

A well written and interesting mystery.

I thoroughly enjoyed this mystery/thriller. The author held my attention from the beginning of the story and character building was very good.I liked the descriptive language that was used throughout the book. I will not give too much away, but the main character is a former cop who has turned PI and get caught up in a mystery involving an old murder. He has a lot of baggage that interferes with his relationships but is a very interesting character. One thing I didn't get answered in the book was what happened to his wife there are bits and pieces about the incident but really not much more, it would be nice to wrap that piece of the story up.

The narration was good, I would give him four stars out of five. His voices were well done and not over acted.

To begin with, this book was a little confusing. Past events were mentioned without describing or elaborating on them. It turns out this is the second book
in a series. I should have read the first book before reading this one, but AudiobookBlast did not make it clear that this was second in a series nor did
it make the first book available for review.

This was an average thriller. None of the characters were particularly likable, although there was adequate suspense to keep me listening.

Timothy McKean's performance was adequate. He could have voiced some of the characters more distinctly and he didn't manage the Texas accent well for one
of the main characters.

This might be a good series, but I'd recommend beginning with the first book.

NOTE: I received a free copy of this audiobook in exchange for this unbiased review.

I enjoyed this audiobook it's a very fast pace mystery. The story and narration were wonderful. This is book two in the series. I have not listen to or read the first book but had no problems understanding or following the story.

Good book that keeps your interest!

If you could sum up Night Tremors in three words, what would they be?

It was a good story, had good characters and had a decent flow to it.

Rich Cahill is guman just like the rest of us. He has a warm side, he's smart and he has vulnerability.

This book had a good flow, but there just seemed to be something missing that'd push it over the hump that'd make it a great book.

A great main character in a brilliant novel

I loved the character and back story around our main character. There's plenty of scrapes that he gets himself into throughout the book and he handles it with the cynical point of view that his troubles in life (and previous books) have caused him. Fractured and flawed but even more likeable for it.

What was one of the most memorable moments of Night Tremors?

I was gripped from the start. It has a good pace to it that builds up well and delivers a very good ending. There's no dull or slow moments, it's a solid crime thriller.

I really liked the narration. It was good for the main character and the narrators voice is a good fit and feel for Rick which really got me into the story.

I liked the way that the character was turning his haunted past, an unfortunate killing, which gives us the title of the book into something positive or at least it solving a crime