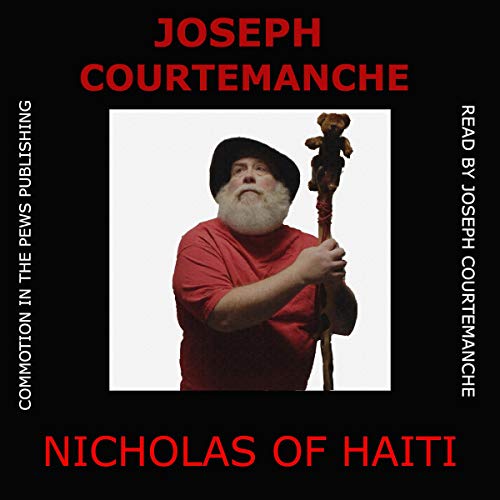 Nick Bacon is a life interrupted. When his commercial airline flight explodes over Utah, killing everyone on board but Nick, his miraculous survival draws unwanted attention. The press can't get enough of his story while the FBI is convinced he planted the bomb that took down his plane. All he wants is a place to heal and time to let the world forget him. Unable to return home, Nick accepts an offer to join a missionary medical team and flees to Haiti.

But Nick’s new life in Haiti is haunted by visions. He's forced to examine his sanity and faith in a world of turmoil and chaos among a people he’s never met before. Aided by Andre, his Haitian translator and protector, Nick confronts the dark forces battling for his soul, and the soul of the abused little girl he’s only seen in his dreams.

Because in Haiti, there's more than just Nick's sanity at risk. The fate of the world may now depend on Nicholas of Haiti.

What listeners say about Nicholas of Haiti

sometimes a story grows with time

when this book was published, I loved reading it. but listening to the audio book truly brought it to life for me.

violence will be back, God willing.

Loved it from start to finish. Very good history lesson of Haiti. Characters pulled you in. Spiritual, supernatural, moving novel. Pulled at my heartstrings, brought tears to my eyes. Highly recommended.