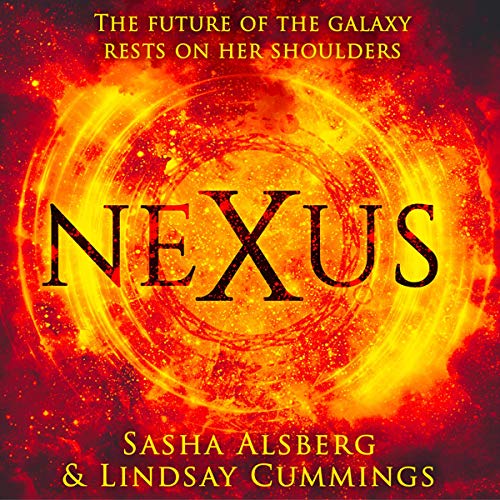 From the number one New York Times best-selling authors of Zenith comes the dazzling finale to the Androma Saga, where stunning betrayals and devastating secrets expose an embattled galaxy to the ultimate nightmare.

Her ship is gone, her crew is captured and notorious mercenary Andi Racella is suddenly a fugitive, ruthlessly hunted across the galaxy. The bloodthirsty Queen Nor now rules most of the galaxy, and she’ll stop at nothing to destroy her most hated adversary.

Andi will risk anything, even her precious freedom, to stop Nor. However, as her crew fight to regain their freedom, Andi and her unlikely ally Dex discover a threat far greater than anything they’ve faced before.

Only by saving their mortal enemy can they make one last desperate strike to save the galaxy, unaware that a shattering, centuries-old secret may demand the most wrenching sacrifice of all.

What listeners say about Nexus