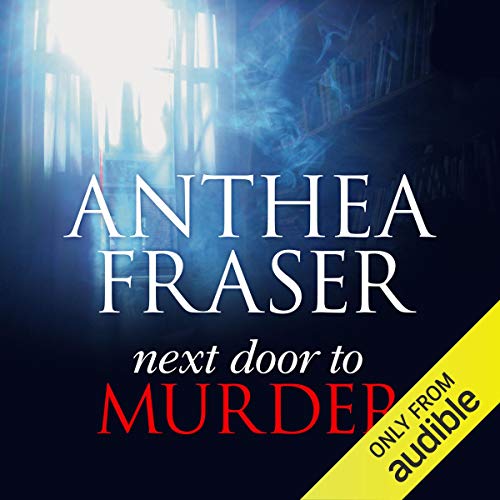 Next Door To Murder

By: Anthea Fraser
Narrated by: Jacqueline Tong
Try for $0.00

When a young woman, Louise, comes to Rona with a plea for help, all her journalistic instincts are aroused. Against her better judgement - and husband Max's advice - Rona is once again drawn into a complex and disturbing sequence of events.
©2008 Anthea Fraser (P)2014 Audible, Inc.
Women Sleuths Suspense
Show more Show less

What listeners say about Next Door To Murder

What would have made Next Door To Murder better?

The narrator was just as poor as the text. She was overanimated in parts and her attempts at a Canadian accent and a male voice were diabolical.

If you could play editor, what scene or scenes would you have cut from Next Door To Murder?

There were too may to detail here. This book gives Chic Lit a bad name. The author, seemingly not satisfied with writing poor chic lit has decided to combine the genre with "thriller" writing. A misnomer if ever I heard one!

Unless you are looking for an ill read audiobook with a contrived plot, poorly written and brim full of cliché....then this is one to avoid.

easy listening with a gripping ending.

this series s getting better the more the story centres around rhona's family and friends as well as researching for the articles she writes for the magazine.
the murder element comes nearer the end of the book and rhona finds herself in a very uncomfortable situation. can't say anymore, it would spoil the ending.