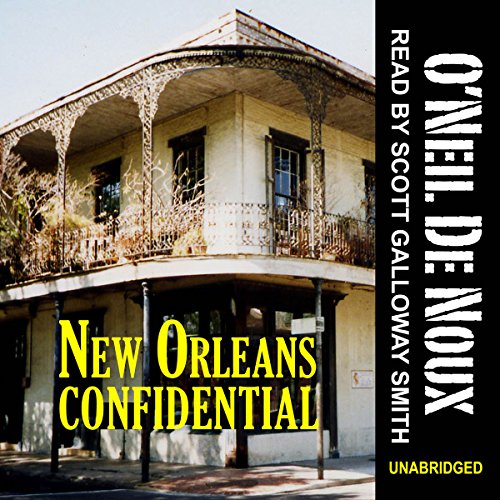 Come prowl the lonely, sometimes violent streets of American's most exotic city, the city that care forgot, New Orleans, with a lone-wolf private-eye named Lucien Caye. Unlike most 40s PIs, Caye rarely drinks, doesn't smoke or wear a hat (it messes up his hair). He's six feet tall with wavy, dark brown hair and standard-issue Mediterranean-brown eyes, a sly smile and a clever mind that often gets him into trouble. Caye lives and works in the run-down New Orleans French Quarter of the late 1940s. He has a weakness for women, children and fellow World War II veterans, down on their luck. He knows how to make a decent living but often finds himself working pro-bono - in one case working to find a little girl's missing cat, in another searching for a boy's runaway father and in yet another, canvassing the Quarter for the child who wrote a note to Santa Claus, asking Santa to take him to live with the angels so his mother and father didn't have to buy food for him anymore. They don't have any money. Murder is often the name of the game and Caye sometimes leaves town in pursuit of the truth, usually aiding a pretty woman in need of help, in more ways than one. Unfortunately, the truth is often ugly, often dangerous and usually resides on the loneliest part of town.

O'Neil De Noux’s 1940 New Orleans private-eye Lucien Caye is one of the hardboiled genre’s best kept secrets and, as such, deserves a much wider audience. Listen to Scott Galloway Smith’s assured narration of the stories collected in New Orleans Confidential and I have no doubt you will immediately be clamoring for more. De Noux is a prolific author, but I have always been partial to his Lucien Caye stories with their atmosphere drenched period setting and De Noux’s ability to consistently expand the tropes of the private-eye story beyond cliché. I originally read the stories these stories a few years ago and it was great to return to them and gain further appreciation via this terrific audio performance…An enthusiastic five stars…

I really enjoyed this book, it has a little bit for everyone. Scott Galloway Smith did an excellent job. I highly recommend it.

Where does New Orleans Confidential rank among all the audiobooks you’ve listened to so far?

This is a wonderful collection of short stories. I love Lucien Caye and how handles all the different challenges presented to him. Scott Galloway Smith's narration really brought the stories to life.

What was one of the most memorable moments of New Orleans Confidential?

When Lucien hellp the little boy and his family at Christmas (I'm not going to say more and give anything away).

Which character – as performed by Scott Galloway Smith – was your favorite?

Several, this collection will have different areas that are favorite to each reader.

Read this collection and you will want to read/hear more stories of Lucien Caye, good thing O'Neil De Noux has more books out there for you. I highly recommend it.