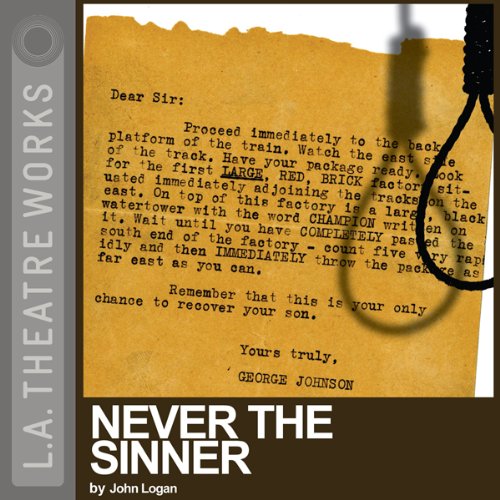 Two boys commit a murder - not for gain, or out of passion - just to do it, just to experience the thrill. Based on the infamous 1924 trial of Leopold and Loeb, Never the Sinner is their story and the story of one of the most famous American lawyers and civil libertarians, Clarence Darrow. In the case of a lifetime, Darrow is called in to defend the monstrous and win freedom for the depraved.

What listeners say about Never the Sinner