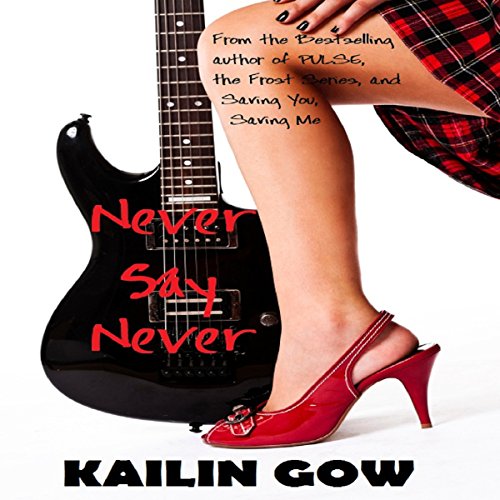 By: Kailin Gow
Narrated by: Alyson Grauer
Try for $0.00

What girl wouldn't want to be surrounded by the sexy guys from the hottest teen rock sensation in the country? Eighteen-year-old Never "Neve" Knight not only is surrounded by the hottest boys to hit the music charts, but she is the band's lead singer. As the band's lead singer and manager, Never formed and shaped the band to where it is today, a band on the rise and on the brink of being signed by a label. As one of the guys, she knew each of the band members since they were all snot-nose ten-year-olds. While her boys were the cutest guys and they would protect her like knights, she couldn't date any one of them and ruin the chance at being signed with the record label of her dreams. That changes when one of the band members suddenly drops out of the band, and in walks Danny Blue, with his dreamy blue eyes, hot body, and British accent. Suddenly, Never's solid world has turned to mush, and her rule for not dating one of her band members is seriously challenged.

Can she keep her head straight and get her band signed with a label without losing her heart? Can Never change her tune of saying "never" to dating a band member to "never say never"? Books in the Never Knights Series: Never Say Never Never Land (Book #2) - September 2012, Never Ending (Book #3) - January 2013

Both the writing and the narration were just sad. I put in for the refund before I was a quarter of the way in. I finished listening because I hate not finishing a book... But I won't be buying any of the other books in the series.

Love in a band

Female rocker heads a band in which members have strong feelings for her. This was an enjoyable afternoon read.