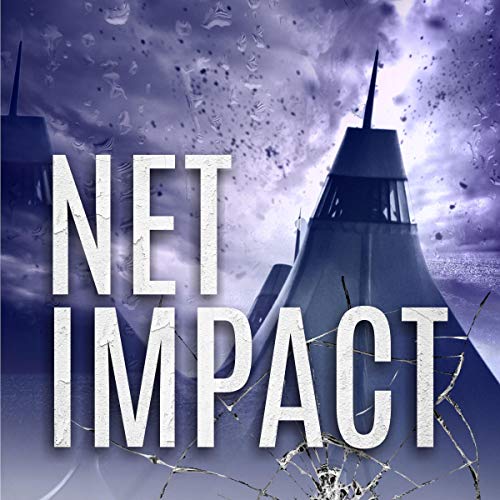 By: Donald J. Bingle
Narrated by: Bruce Pilkenton
Try for $0.00

Dick Thornby is not Hollywood's idea of a spy. In his rough and tumble job there are no tailored Italian suits, no bimbos eager to please, and no massive underground fortresses built by evil overlords seeking world domination - just an endless series of sinister threats to the safety and security of the billions of mundane citizens of the planet. Sure, Dick's tough and he knows a few tricks to help him get out of a tight spot, even if his boss accuses him of over-reliance on an abundance of explosives.

But he's also got a mortgage, a wife upset by his frequent absences on "business" trips, and an increasingly alienated teen-age son who spends way too much time playing in gaming worlds on the computer.

When a young computer expert back at the Philadelphia headquarters for The Subsidiary, an international espionage agency created in the aftermath of 9/11, discovers that bad guys are involved in a vast conspiracy, Dick is forced to partner with the espionage neophyte to battle evil on multiple fronts, leading to a final confrontation that incorporates real-world conspiracy theories and cutting-edge technology.

In the end, Dick can save his partner, save his marriage, save his son, or save the world, but he can't do it all.

What listeners say about Net Impact

I have my standard list of authors that I buy every book they put out. Patterson, Rollins, Clancy, Cussler and more. I was pleasantly surprised to come across this book Net Impact by Donald Bingle and find that it is on the same level as my favorite authors.
However you choose to categorize this book, spy, adventure, action ---- it was a great read. I will definitely get the next book from Bingle and I expect this quality to continue.

Life can be rough for a middle age spy, but Dick's good at his job, and enjoys it for the most part. His latest assignment seems easy enough until he blows up a warehouse that is. Things just get worse from there. Somehow he finds himself in a virtual realty game trying to save the world. Could it get any worse? Probably. Interesting characters, suspense and lots of action will keep you listen until the very end. I was given this free review copy audiobook at my request, and have voluntarily left this review.

Not a form-letter tope soy story!

This fast paced action story is populated with caràcters who are not what you expect in a spy story. excellent narration too. i Want more of this fine writing! FIVE STARS

Rick is a spy. Not the smooth and sophisticated spy seen in movies. He's a gritty, do what it takes kind of spy. His wife thinks he has a (literally) crappy job and nags because he's never home.
His world's collide when his son accidentally gets in trouble with cyber criminals and it all blows up.
I liked the way the author let me see how Dick's thoughts flowed, really get into his head, so to speak.
I received a free copy of this audiobook in exchange for my honest review.

Interesting book to check out

This book was quite interesting. The main character didnt seem like he was going to be invincible, he was quite down to earth and relatable for people. There is lots of action within this book for readers / listeners to enjoy

This book was definitely a good pick for me.

Narrator did an ok job reading the book, could have been better.

I greatly enjoyed this book! It is a modern day action story incorporating online gaming and family themes. I would highly suggest this book!

The narrator contributed to the pace of the action in a big way. He also did a great job voicing the characters and adding realism to their stress levels.

This one was kinda meh for me. It just never grabbed me. The author tried to do to much all at once and the writing felt scattered. It was jarring sometimes, made it hard to enjoy it or get into the story.

The narrator was ok but definitely not someone I’d want to listen to all the time.

-I received a free review copy of this book and am voluntarily leaving a review.-

This book was a marvelous surprise. It has far more depth to the story than I expected after reading the description. The opening makes you think it might be a different kind of story than it is, and you don't know everything that's going on until close to the end. It really was fantastic. This is now my favorite spy story ever. All the action is there, but so much more as well. I received a free review copy of this audio book in exchange for an honest review.

Try to stay in one genre

Net Impact, the first book in the Dick Thornby series by the author is an attempt to try to be too many things to too many people. I don't think a book can be a good action/thriller and a good GameLit/LitRPG at the same time, and I'm afraid that the author tried too hard to make this happen. I think the book started well, with the protagonist breaking up an arms exchange in New Zealand, but then I get lost. We get a glimpse of his marital troubles and as the blurb says "a maze of conflict" that eventually leads Dick to the Subsidiary.

It seemed to me at this point the storyline tried to be too much and I think I found myself listening to GameLit which isn't bad, but the juvenile, 12-year-old-boy humor about male sexual organs immediately takes this book out of the class of the Da Vinci Code.

I don't think the genre mash-up worked for me, but having received an audio version, I would say the narration was very good. Thanks to the author and StoryOrigins for the review copy of this book. I am voluntarily leaving this review.

I was given a free copy of this book in exchange for an honest review. I enjoyed reading this book. A lot of information I did not know about what is now going on in the cyber world, the gaming industry and alternative currency field. Very interesting. The story follows agents delving into the cyber world and danger in not far behind would recommend.