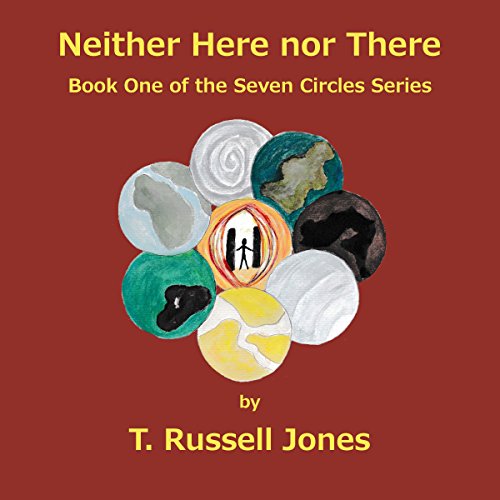 Neither Here nor There

Neither Here nor There

In this exciting first installment of the Seven Circles series, we are introduced to Ston, Son of the Manse and keeper of a key-stone of power, and to Ivy, a seemingly ordinary girl whose all-important role will soon be discovered. They face a conspiracy of evil that threatens to destroy the Seventh Circle along with everyone they care for.

Follow as they face unknown perils, and discover the blossoming of first love while battling prejudice and fear of the unknown along the way.

This novel is an exciting, genre-bending exploration of young adult relationships and coming of age in a very creative "universe" constructed by T. Russel Jones. The setting is foreign enough to create the feeling of something new and unknown, with enough familiarity to draw the reader and the characters together. I am very much looking forward to beginning the next in the series later today.

So far, Ivy is my favorite character because she presents an experienced, much more than capable female role model for young readers.

What does T. Russell Jones bring to the story that you wouldn’t experience if you just read the book?

The author's narration is very well paced. She adds an element of character development through her tone of voice and expression of the characters feelings in a way that I would have provided for myself, had I read instead of listened.

Come along...to Neither Here Nor There

Overall, very nice listen! Wonderful flow, with great build-up for next book in the series!