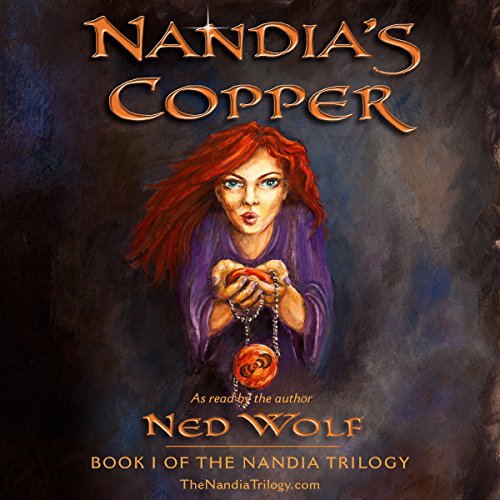 There was a time in humankind's future when many civilizations were failing. Inexplicably, it was also a time when a few advanced souls had developed conscious telepathy and teleportation. Nandia and Bernard were two such people. Teleported to the planet Fantibo as delegates of the Galactic Grand Council, their mission is to tame the deadly Saragalla epidemic that rages at the very heart of the city of Geasa.

Investigating clues to the causes of this disease, Nandia and Bernard are shocked to discover that a bitter prejudice endangers the welfare of Geasan youths. A relentless gang of thugs must be eluded and a mysterious power broker unmasked before he can plunder what remains of the city's wealth. Meanwhile, the pair scramble to recover their telepathic and teleporting abilities.

With the aid of a mysterious street busker, Nandia and Bernard set out on a race against time to quell the deadly virus before it renders Geasa a virtual ghost town.

What listeners say about Nandia's Copper

A delightful and thoughtful read!

This book is a lovely reminder of the divinity that each of us came here to remember and experience! Thank you, Ned Wolf, for your inspiring tale. I am looking forward to the next in the trilogy!