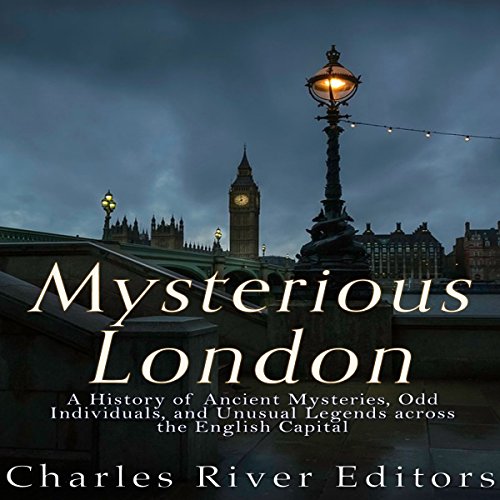 "The Anglo-Saxon charms...are of outstanding importance because they provide more than vague references of exceptional and short texts. They cannot be said to reveal everything, for there are numerous points in which they lamentably fail us, but they are numerous enough and, taken as a body, complete enough to give more than a tantalizing hint of a strange world. The veil of mystification enveloping magic appears to be thin and transparent here." [G. Storms, Anglo-Saxon Magic (1948)]

London is one of the great cities of Europe, a center of commerce, art, and science for more almost 2,000 years. Visitors today are treated to world-class museums, pulsing nightlife, and fine dining. But one does not have to search far beyond this prosperous and modern facade to glimpse an older and more unusual London; in fact everywhere one looks, ancient traditions and old patterns emerge. Pagan figures peer down from pub walls, ghosts allegedly haunt major tourist sites, and strange customs continue in places of supposedly Christian worship.

London was founded by the Romans shortly after an invasion led during the reign of Emperor Claudius in 43 CE. The site chosen was the north bank of the River Thames, close to a good ford. The Romans called the capital of their new province of Britannia Londinium, derived from Celtic word lond, meaning "wild", after the untouched states of the land. However, archaeology and folklore make clear that the land wasn't entirely uninhabited. Londinium was already a sacred site for the Celts, and several swords and pieces of armor have been dredged up from the Thames, thrown there as offerings by Druids.

What listeners say about Mysterious London

Ok, so I didn't expect a full history of mysterious London in one hour, but this was very scattered and superficial. There was no continuity in the chosen stories, and the stories themselves were just to short and vague to give any real information.

Research would have helped

I was willing to ignore the unusual pronunciations of the narrator (visage = v-eye-sarge) but I cannot forgive the inaccuracy in stating that Lady Jane Grey was married to Henry VIII. The research to check that fact would be so minimal that a child could do it. If such a basic fact is inaccurate then, in my opinion, the rest of the narrative can't be trusted.