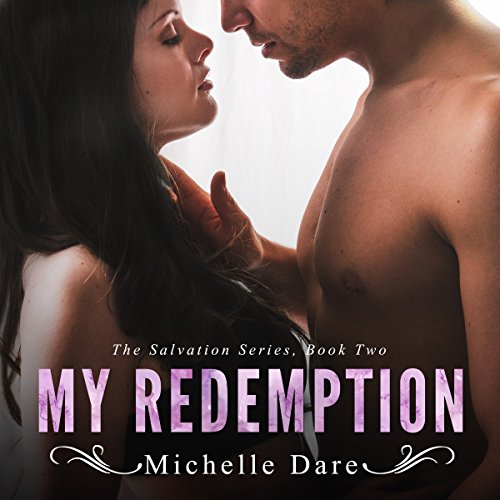 By: Michelle Dare
Narrated by: Logan McAllister
Try for $0.00

Ethan Matthews always felt he was second best. His brother received all the praise, never him. Ethan took a dark, lonely road, turning to alcohol and women to avoid the jealousy that ate away at him. But the demons of his past continued to resurface. He decided to turn his life around with the help of the person he treated the worst -- his brother.

Piper Lazara struggled for most of her life. She lost almost everyone she loved and lived in poverty. Despite the obstacles, she worked hard and finished nursing school. She never believed in love at first sight, so she tried dismissing her feelings when Ethan entered her life, leaving her heart and head at war over whether she'd take a chance on love.

Ethan knew he shouldn't get involved with anyone at this turning point of his life, but from the moment he laid eyes on her, he couldn't stop thinking about the raven-haired beauty. He didn't know if she felt the same, but it was time he found out. Their lives were in danger, causing family to step in and offer support. Ethan would do whatever it took to protect the woman who had become his everything. He never thought he deserved happiness, but Piper gave him the redemption he so desperately desired.

What listeners say about My Redemption

This was a really good story about Ethan and Piper. Ethan is Owen's brother from book one. This was a good romantic suspense story that also had a twist. Ethan and Piper were meant for each other. Logan McAllister did a very good job with the narration. I received this free copy audiobook at my request and have voluntarily left this review.

This was a pretty good audiobook. This is book two of the Salvation Series. Although it is part of a series, it can be also read as a stand-alone book. It is a well written book with some twists and turns. There is suspense, danger, action, and romance.

Narration was excellent and brought the story to life. I love his voice!

There are a lot of unexpected obstacles that get on their way but Ethan is a great man and steps to the plate to help Piper when things get crazy. Sweet HEA after a rollercoaster of a ride! I enjoyed the main characters and several of the secondary characters as well.

This is a great love story about two flawed people trying to find love.

The narrator has got some serious talent. He draws you in from the very first word spoken. Well done! An excellent voice.

I was so glad to see how thins turned out for these 2 characters. I read the first in the series about his brother Owen and Cali. Their story is so good. Ethan and Piper's story was so good also. This story holds a ton of angst but it encompasses other characters in troubled situations. I am not sure if there is more in the series but if there is not, please write a bonus epilogue so we can see how things turn out in the future. Logan does a great job with this one.


The first half of the book was great but once Piper and Ethan were happy and then a major conflict developed , and that’s when I knew I had to DNF.

I really hoped that it would be better than the first, and the first half really was. But the conflict reminded me of a similar one in the first one and I thought it was ridiculous.

Maybe I’m just not a fan of this series in general. I’ll give the author another chance later down the road, after I listen and read other things.

The narrator was fine, good.

I got to listen to the audiobook and the narrator did good. He was the same who did book 1. While the characters are different he made it work.

Ethan and Piper! EEEP. I loved Ethan so much. He was in a bad place in book 1 and climbed his way out. I enjoyed it a lot!

This was a fantastic romantic suspense with some twists I didn't see coming. Well written and narration was perfect!I have to check out more by this author.

The love story was very predictable with only a few twists. Due to the predictability, it was hard paying attention. I felt like I could zone out and come back knowing I didn’t miss anything. I also few the story lacks closure. If you don’t mind know what’s coming next without listening then, this book is for you.

I was given this free audiobook in exchange for my voluntary, unbiased review.

On the fence with this story

I found the romance to be lacking and the heroine to whinny. In this story you have the mafia, addiction, redemption, and forgiveness. I just felt like it was missing or lacking the wow factor. But all in all it was a decent listen.

I received a copy of this book at my request from the author or narrator for a honest review.

Loved this! Great characters and story, while events from the first book are mentioned this can be listened to as a stand-alone. Awesome narrator, one of my favorites to listen to! I received a free review copy of this audiobook at my request and I have voluntarily left this review.

While this is a stand alone romance, it is the second book in the series. There are several references to incidents in the first book. I enjoyed listening to this audiobook despite not having listened to or read the first book.

That said, in simple terms, I liked this story. I liked the characters. They felt realistic and therefore were easy to relate to. They had relatable issues and insecurities. Of course they also had their intense attraction that throws them both for a loop.

The danger that challenges their relationship doesn't enter their lives in a predictable way. Michelle Dare has a flare for weaving realistic scenarios into a story without making it boring or overly simplistic. She takes the reader on a journey and unashamedly leaves them on edge before tying the story up neatly in a satisfactory way. I just hope the series continues because there are some supporting characters in the book that deserve their own HEA.

I enjoyed Logan McAllister narration of the story. He has a pleasant performance voice that brings the book to life.

This is a an emotional love story that touched my heart . It is beautiful, the selfless romantic devotion of two damaged people who are ready to give heart and soul to each other. There is substance to the story and it is clean with the violence modified. I like that it has moments of great passion and excitement without being explicit. That was never needed to make it good. The narrator is excellent I liked him a lot, he was right for the book, an excellent choice.