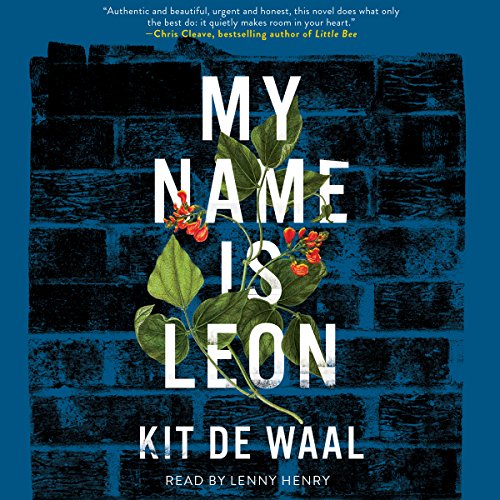 My Name Is Leon

For fans of The Language of Flowers, a sparkling, big-hearted, pause-resisting debut set in the 1970s about a young black boy's quest to reunite with his beloved white half brother after they are separated in foster care.

Leon loves chocolate bars, Saturday morning cartoons, and his beautiful, golden-haired baby brother. When Jake is born, Leon pokes his head in the crib and says, "I'm your brother. Big brother. My. Name. Is. Leon. I am eight and three quarters. I am a boy." Jake will play with no one but Leon, and Leon is determined to save him from any pain and earn that sparkling baby laugh every chance he can.

But Leon isn't in control of this world where adults say one thing and mean another, and try as he might he can't protect his little family from everything. When their mother falls victim to her inner demons, strangers suddenly take Jake away; after all, a white baby is easy to adopt while a half-black nine-year-old faces a less certain fate. Vowing to get Jake back by any means necessary, Leon's own journey - on his brand-new BMX bike - will carry him through the lives of a doting but ailing foster mother, Maureen; Maureen's cranky and hilarious sister, Sylvia; a social worker Leon knows only as "The Zebra"; and a colorful community of local gardeners and West Indian political activists.

Told through the perspective of nine-year-old Leon, too innocent to entirely understand what has happened to him and baby Jake but determined to do what he can to make things right, he stubbornly, endearingly struggles his way through a system much larger than he can tackle on his own. My Name Is Leon is a vivid, gorgeous, and uplifting story about the power of love, the unbreakable bond between brothers, and the truth about what, in the end, ultimately makes a family.

What listeners say about My Name Is Leon

My Name Is Leon

Very well written and enlightening book. Anyone who works with children should read this. A good read.

Depends on your job

As a social worker, I like this book. Especially the realistic portrayal of foster care, the people who are foster parents, the devastation of mental health and addiction and how the system can work against the good. I also felt it was on point about how Leon was depicted as a child who was unadoptable. His pain, his confusion, his grief was palpable.
I think my only issue was it felt like work. And I felt like it was a text book I had to read rather than an enjoyable read. If this isn’t your field of work you would probably enjoy it much more.

This is unputdownable. The story and the narration were superb. Themes of family, racism, growing up eloquently presented.

Loved Lenny's narration. He really brought out the character of Leon. His Jamaican accent is spot on!

I loved this book and I can't wait for the TV version. The descriptions of every day Britain are excellent. Curly Wurly's, the allotments, racial discrimination still a thing in England.