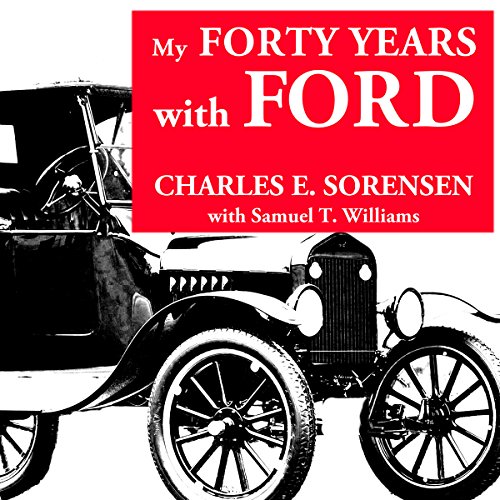 My Forty Years with Ford

In My Forty Years with Ford, Charles Sorensen-sometimes known as "Henry Ford's man," sometimes as "Cast-iron Charlie"-tells his own story, and it is as challenging as it is historic. He emerges as a man who was not only one of the great production geniuses of the world but also a man who called the plays as he saw them. He was the only man who was able to stay with Ford for almost the full history of his empire, yet he never hesitated to go against Ford when he felt the interests of the company demanded it. When labor difficulties mounted and Edsel's fatal illness was upon him, Sorensen sided with Edsel against Henry Ford and Harry Bennett, and he insisted that Henry Ford II be brought in to direct the company despite the aging founder's determination that no one but he hold the presidential reins. The Ford story has often been discussed in print but has rarely been articulated by someone who was there.

First published in 1956, My Forty Years with Ford is both a personal history of a business empire and a revelation that moves with excitement and the power of tragedy.

What listeners say about My Forty Years with Ford

If your an automotive enthusiast, car culture lover, or "Ford Man" than this book is definitely worth a listen. The information and insight into the world and company known as Ford Motor Company is rich and plentiful. Sadly, this book often reads (listens) like an accounting ledger... in other words, pretty dry and boring.

If you don't mind a bit of a dry story, then the overall picture once you get to the end of it is worth it IMO.