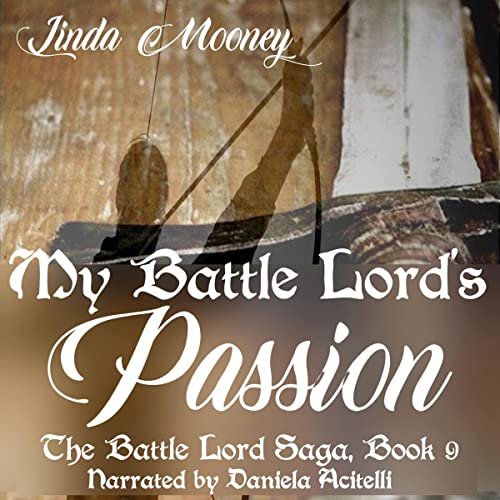 By: Linda Mooney
Narrated by: Daniela Acitelli
Try for $0.00

The battle lord and lady of Alta Novis are still recovering from disease and loss, but things are slowly getting back to normal. Of course, things can’t be that easy. There’s a new enemy in town, of the eight-legged variety - an infestation of them. The species is a new one, and it's unknown how dangerous they are, but Yulen isn’t going to take any risks to find out.

With a plan in motion, Yulen and a small army of men set out to track down the giant creatures, finding their nest in a cave. He and his crew waste no time going in to burn out the egg sacs, but when Yulen emerges from the flaming caverns, he finds himself…in the past? At least, he believes so when he sees the figure of a long-dead adversary.

Somehow, a twist of fate has switched Yulen with a different version of himself. With the monsterous Yulen. The way he was before Atty. Before love. Before his acceptance of the Mutah. Realizing the other D’Jacques could be with his Atty, the reformed Yulen is seeing what his life would be like if she'd never come along. Now he must figure out how to get back to his own present. But before he does, he knows he has to bring this alternate timeline back up to speed with his own thriving world.

Parallel lives, parallel realities, but totally different people and circumstances. Sometimes, you learn a lot about yourself from experiences that you never knew possible, and it alters the course of your future for the better.

What listeners say about My Battle Lord's Passion