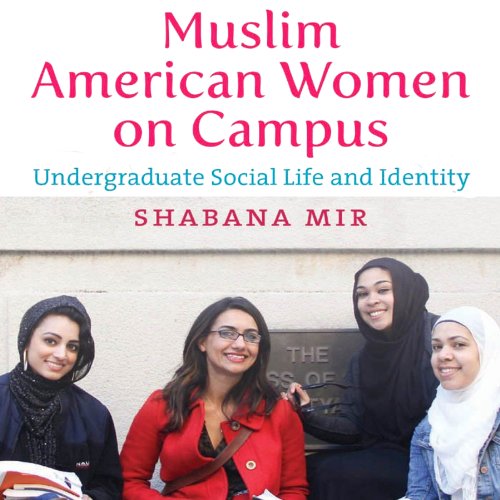 By: Shabana Mir
Narrated by: Lameece Issaq
Try for $0.00

Shabana Mir's powerful ethnographic study of women on Washington, D.C., college campuses reveals that being a young female Muslim in post-9/11 America means experiencing double scrutiny—scrutiny from the Muslim community as well as from the dominant non-Muslim community. Muslim American Women on Campus illuminates the processes by which a group of ethnically diverse American college women, all identifying as Muslim and all raised in the United States, construct their identities during one of the most formative times in their lives. Mir, an anthropologist of education, focuses on key leisure practices--drinking, dating, and fashion--to probe how Muslim American students adapt to campus life and build social networks that are seamlessly American, Muslim, and youthful. In this lively and highly accessible book, we hear the women's own often poignant voices as they articulate how they find spaces within campus culture as well as their Muslim student communities to grow and assert themselves as individuals, women, and Americans. Mir concludes, however, that institutions of higher learning continue to have much to learn about fostering religious diversity on campus.

What listeners say about Muslim American Women on Campus