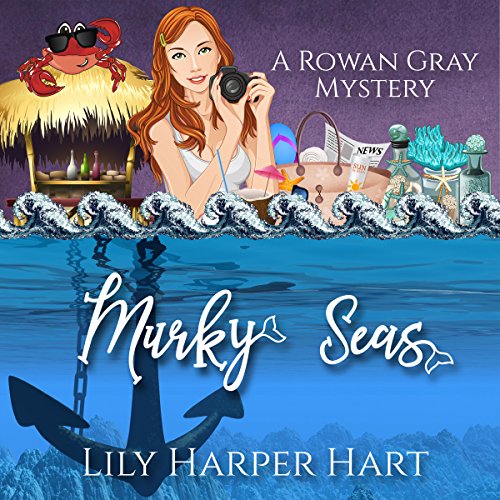 Rowan Gray has a new job, home, and potential boyfriend. Things should be going swimmingly, especially given the fact that she now calls a cruise ship home. All of that changes when a group of feisty women from a cosmetics company take over the Bounding Storm for a week of sun, fun and murder.

For Quinn Davenport, things aren't at all what he expected. He didn't want a relationship and yet he can't seem to stay away from the Bounding Storm's new photographer. He knows she has a secret - and it's a doozy - but he's willing to keep it because he's convinced he finds himself desperate to keep her. When Rowan spots a death omen in a photograph, she calls Quinn into action and they set about to keep the woman in question safe.

Unfortunately for Rowan, the death omen switches to another person ...and so does the attention of half the ship. That means when death finally comes calling, it hits someone she wasn't expecting.

It's up to Quinn and Rowan to pick through a tangled web of lies, deception, and corporate power struggles to figure out exactly who wanted who dead...and why. When the answers finally become clear, Rowan finds herself in an ocean of trouble and Quinn has no choice but to dive in headfirst in an effort to save her. When the storm settles, who will sink to the bottom and who will be left standing?

What listeners say about Murky Seas

Easy fun read. This author always write a good story, with a good mix of mystery, comedy, and a bit of romance. No sex.

I love this series! It's quickly become one of my favorites! The story is intriguing and fun. The narration is wonderful! Thank you Lily Harper Hart for another great story!