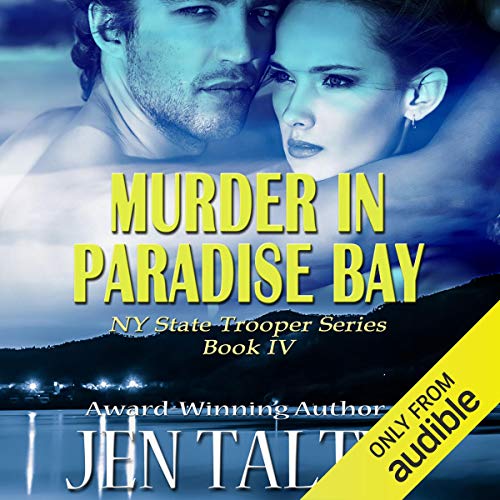 Things were finally looking up for Douglas Tanner. His divorce was about to be final. His construction company was doing better than ever, and he was ready to start a new beginning. He just hadn’t expected that new beginning included his longtime friend and daughter of his business partner.

But just as he expresses his newfound feelings for Stacey, his soon-to-be ex-wife is found dead in the bottom of Lake George one day before he was to sign the divorce papers. And Doug is the prime suspect. Not just in his wife’s murder, but also her lover’s disappearance.

New York State Trooper Stacey Sutten had just finished her rescue-swimmer certification course and finally had some time to relax. Or so she thought as she’s called to a search and rescue mission. Only, there was no rescue, and the body she found just happened to be the wife of the man with whom she was falling in love.

As Doug and Stacey’s romance heats up, so does the case. One damning piece of evidence after the other leads the police to Doug’s door. Caught between trying to prove Doug’s innocence and doing her job, Stacey finds herself in the hot seat. Just when she thinks it can’t get any worse, she's investigated as a possible accomplice.

Stacey must find out who really killed Mary and why they are hell-bent on framing her and the man she loves, before both of them get a good look at the inside of a jail cell.

What listeners say about Murder in Paradise Bay