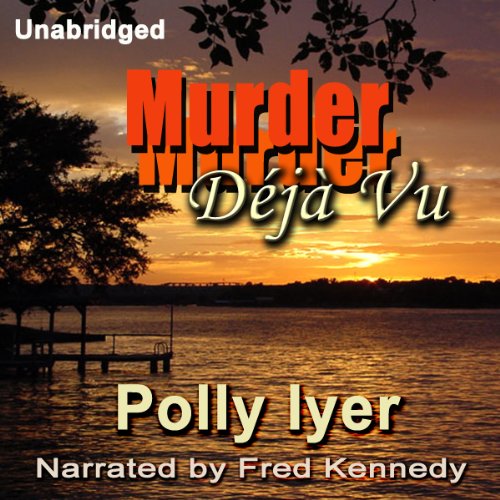 By: Polly Iyer
Narrated by: Fred Kennedy
Try for $0.00

Wealthy architect Reece Daughtry spent 15 years in a Massachusetts prison for a murder he didn't commit. Released on a technicality, he now makes his home in the mountains of North Carolina, building rock fireplaces for a waiting list of clients. His self-imposed solitude is shattered when author Dana Minette asks him to build a fireplace in her new house. Dana becomes more than a client, and for the first time in 20 years, Reece longs to be with someone other than himself.

Then a local woman is murdered in the same savage manner as the murder that sent Reece to prison. More than one person wants him to take the fall, including Dana's ex-husband, the local prosecutor, who's determined to convict Reece in the high-profile case. But Reece won't be railroaded again. Four men were with him the night of the first murder. One of them is the killer. Reece goes underground to discover who's setting him up and why. Dana insists on going along, and against his better judgment, he relents. With both the police and FBI on their trail, it's a race against time and a crafty murderer who will kill again.


This is such a good edge of your seat wrong guy got convicted/who done it suspense mystery. The protagonist, Reece Daughtry is convicted of the murder of his girlfriend. After serving his time he moves to North Carolina and becomes fairly wealthy building custom fireplaces.
It gets real hairy when he is framed for a duplicate murder and he decides that the only way to prove that he is innocent is to solve the first one from 15 years earlier.
I did not anticipate who had actually committed the first crime but not only does Daughtry have to solve the murder but he then needs to prove who perpetrated it since this person in not planning to come forward and confess. What actually happens when confronted is kind of predictable but doesn't help, instead it makes it look like Reese might again pay for crimes he didn't commit.
There two subplots dealing with his lover (Dana) are quite interesting since she is the ex-wife of the district attorney who is trying to lock him up. He (the DA) was an abusive husband who did not want a divorce.

I've enjoyed Polly Iyer's other books and would like to see more from this author.

The narrator, Fred Kennedy did a great job. I liked his voice and found him easy to listen to.

If you found this review helpful please indicate so. Thank You.

A story you won't forget

The audio was just as compelling now as the book was when I read it a couple of years ago. I’d forgotten many of the details. Polly Iyer, one of my favorite writers, knows how to get into a character’s mind and let you share the emotional journey. The plot takes many surprising turns, with events both pleasant and tragic, that keep you wondering what’s next. The characters, especially Reece, are deep and complex. The settings are rich and convincing, taking you there, and sadly, the tragedies behind this story are real. This is a book to keep and reread or listen to again.

In the beginning, I had difficulty accepting the narrator’s slightly breathless style, but as the story progressed, either he adapted or I did. I’m so glad I persisted. Fred Kennedy handled the emotional scenes masterfully, and one with a dying character brought tears to my eyes. I won’t give away what happens, so you’ll have to listen to figure out which one, but you’ll know. I especially liked his portrayal of some of the minor characters, such as Sheriff Payton and the bartender in North Carolina. Well before the end, Mr. Kennedy earned his five stars.

Set in the NC mountains and New England this novel is about attempts by a man to was convicted in New England of a murder years ago and released years later after an appeal. As he strives to reclaim his life in NC another almost identical murder is committed near his home. The story is also somewhat a romance novel/love story.

I am impressed by the narrator who pulls of several credible accents.

Maybe I'm A Stickler But...

Though there are any number of positive aspects to this book; a lack of credibility in the actions of several characters in this story and the results that occur thereto dropped the rating from a solid 4 to a weak 3. In addition one of the principle reasons I purchased this audio was due to the setting; the mountains of western North Carolina. There is practically no action that occurs in that setting that couldn't have occurred in Anywhere, USA. Given the amount of detail contained in this narrative a bit of local color doesn't would been not only reasonable but welcome. Indeed much of this book seems to be rather generic.
This one is a borderline call for me when it comes a recommendation. If like me, you're fascinated by the implied geography; this one isn't likely to scratch that itch. On the other hand if you just want a nice love story/ mystery you'll probably like it.