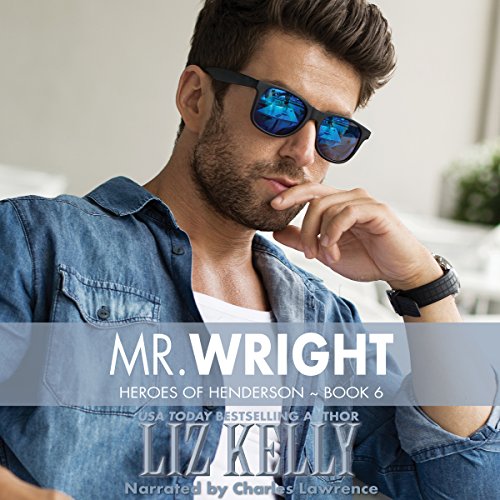 By: Liz Kelly
Narrated by: Charles Lawrence
Try for $0.00

After Dallas, Laidey Bartholomew finds Henderson to be a breath of fresh air. Out from under the expectations of her socialite family, she can be as invisible as she chooses. She’s perfectly happy flying under the radar, until a hot-tempered, masculine work of art roars into town on his Road King and zeroes in on her. All of a sudden, Laidey’s not invisible anymore.

Xavier Wright hasn’t lived in Henderson for 14 years. You’d think by now everyone would have forgotten about his juvenile antics. Knowing his sick ma doesn’t need any additional stress in her life, he’s determined to make amends for his bad-boy ways. Unfortunately, a certain little newcomer continually brings out the worst in him.

She’s way too prissy for him. He’s way too domineering for her. Harry believes it’s a match made in heaven.

What listeners say about Mr. Wright

I did so love this story. It's not so much about opposites attracting, but rather finding the ying to one's yang. Tweets and Xander are just that

I have loved this series since the very first book. It is a series full of great characters that keep you engaged in their stories. I look forward to each and every new book that comes out. It is a series I highly recommend.

Laiedy and Xavier are such a fun couple , he loves his mom more then ever and she can't get her grandmas criticisms as to how a proper lady should act! But together they can find their happy THEM