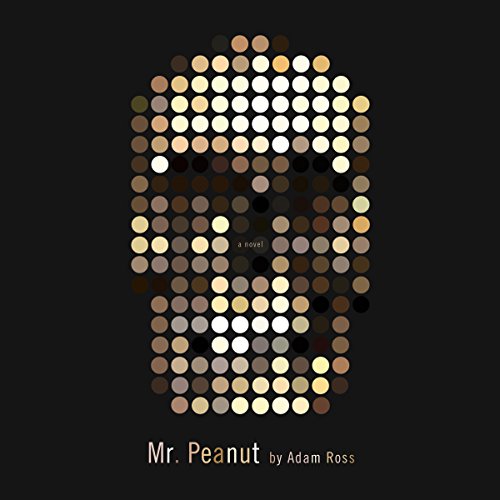 By: Adam Ross
Narrated by: Mark Deakins
Free with a 30-day trial

David Pepin has been in love with his wife, Alice, since the moment they met in a university seminar on Alfred Hitchcock. After 13 years of marriage, he still can’t imagine a remotely happy life without her—yet he obsessively contemplates her demise. Soon she is dead, and David is both deeply distraught and the prime suspect.

The detectives investigating Alice’s suspicious death have plenty of personal experience with conjugal enigmas: Ward Hastroll is happily married until his wife inexplicably becomes voluntarily and militantly bedridden; and Sam Sheppard is especially sensitive to the intricacies of marital guilt and innocence, having decades before been convicted and then exonerated of the brutal murder of his wife.

Still, these men are in the business of figuring things out, even as Pepin’s role in Alice’s death grows ever more confounding when they link him to a highly unusual hit man called Mobius.

Like the Escher drawings that inspire the computer games David designs for a living, these complex, interlocking dramas are structurally and emotionally intense, subtle, and intriguing; they brilliantly explore the warring impulses of affection and hatred, and pose a host of arresting questions. Is it possible to know anyone fully, completely? Are murder and marriage two sides of the same coin, each endlessly recycling into the other? And what, in the end, is the truth about love?

Mesmerizing, exhilarating, and profoundly moving, Mr. Peanut is a police procedural of the soul, a poignant investigation of the relentlessly mysterious human heart—and a first novel of the highest order.

“The most riveting look at the dark side of marriage since Who’s Afraid of Virginia Woolf?…It induced nightmares, at least in this reader. No mean feat.” (Stephen King)
“A Möbius strip of a novel, folding the unsavory anticipation of American Psycho into a domestic drama straight out of Carver-esque America…An intellectual noir novel and an original voice.” ( Kirkus Reviews)

What listeners say about Mr. Peanut

This is not Jane Erye

Mix Updike, Tolstoy and Wilde with a dash of McInerny. A complex mess, but tasty in spots and worth a read if you're open-minded and able to float along. All the miseries of relationships and marriage, very much from a male perspective. If you'd like to know how a man experiences a difficult relationship, here it is. That said, I don't think the ladies will get it any more than they understand why men can listen to sports talk radio for hours. Well-written prose, and crafted with care, but a writer really being too clever for his own good. If you loved Eternal Sunshine of the Spotless Mind you'll be okay here, if you hated or didn't get that film stay away - you'll be confused and disappointed. I had no problem with the narration, and really liked the book in spots...just found the negative relationship theme tiring and depressing. It's hard enough to work on my own 22-year marriage much less listen to these people's issues. And they do have "issues". The author/protagonist is searching for beauty, peace and love in a relationship but assigns it too much complication. Can I recommend a book I really didn't like? Yes I guess so. Glad I took a listen. Not sure if you will.

Being among the first to review this book, I don't want to dismiss it as unworthy. I think the writer has a great deal of potential and much of it shines through here. Contrary to my fellow listeners, I had no trouble following what was going on when and with whom. There are actually only two stories, but one of the stories is told from several points-of-view so this can get confusing, but if one is paying attention, this shouldn't be a problem.

My main issue with this book was with the narrator. It took me a long time to get used to him and it took him a long time to find his voice which was stilted and bland through most of the first quarter of the book and became more lively and expressive as things progressed. I also had a bit of a problem with the sexual aspect of the story. The language could be crude and seemed unnecessary and somewhat gratuitous, so be warned. Not one to listen to with the kids in the car.

Overall, if you like a good murder mystery and it's okay if the author isn't Stieg Larsson, John Grisham or Rex Stout, give this one a try.

Do I really want to finish this book.

I finish things, thats just the way I am, but there is no pleasure in the thought of finishing this book. I am 70% though it and struggle with the depressing insights into the lives of the characters in this story. Well written? Perhaps. Imaginative?...Definitely. Entertaining. hmmmm, too hard to say yes.
I will still finish it. Perhaps a good ending my cause me to revise this. We shall see.

How can I purge this awful mess from my account? Cruel and nasty without redeeming qualities

You're going to find a lot you like and, possibly a lot you don't. I actually looked up the author to find another book for my wish list. A lot of this audio was fascinating. Maybe an editor could have helped make the book a little more cohesive. Also, as a woman, I had difficulty understand the female characters - who were written as depressed, needy, and unlovable. However, I admire an author who writes his own book and is not derivative.

It goes on and on and on and ..... It seems to be 10 stories in one and none of them make sense or have a real ending!It would have been better if he had stuck to one story.And he has a thing for penis's,just to much.The sex was mostly dumb,just a really poorly put together book.Some of the prose was great,it just needs to tell one story not ten.

Dark humor that clicked with me.

This story (okay multiple story lines) is not for everyone and thats okay. I personally loved the way the author moved back and forth through the past and present and went through the story lines. It was beautifully done and I was so happy to see one of my favorite books on here so I can listen after having read this one before.

What would have made Mr. Peanut better?

The author's view of people and marriage is depressing and, for me, inaccurate. The book really needed a character that was reasonably likeable. I forced myself to finish it, in hopes it would improve. The end is a bit interesting, but not enough to rescue the remainder. I agree with another reviewer that a stronger editor might have helped the cohesiveness of the novel. It felt rambling at times; I found myself thinking

The narration was fine.

There was way to many stories going on at one time! I really could not keep up with which story was happening and who we were talking about. Thought it was just me until I read the other reviews. Each story would have been good on its own. Just lost! I finally understood at the end.

I had a hard time following how the two stories presented here were connected, till the end, but even then found the connection lacking.

I also had a hard time liking many of the main characters, especially Alice so that I didn't really care what happened to her.