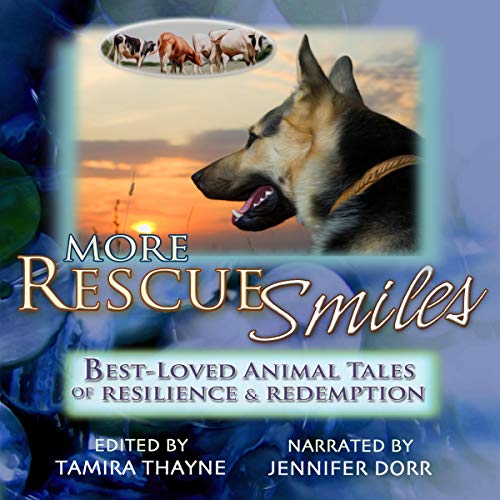 By: Tamira Thayne
Narrated by: Jennifer Dorr
Try for $0.00

The heart of the animal rescue world lies in its stories - of freedom, of love, and of sacrifice by those who not only acknowledge but embrace the human-animal bond and its wondrous gifts.

In our second rescue-story compilation, Who Chains You Books is pleased to share a glimpse into the emotional lives of animal rescuers and the living beings they hold close. Join us for another helping of heartwarming anecdotes, as Clancy triumphs, Tallulah escapes, Alex survives, and a host of other animals steal our hearts.

Through these stories, you’ll get a behind-the-scenes look into the relationships between rescuers and not only dogs and cats, but horses, cows, pigs, birds, and even a ferret in this delightful second installment of Rescue Smiles. We hope you’re as captivated by the kinship between human and animal as we are.