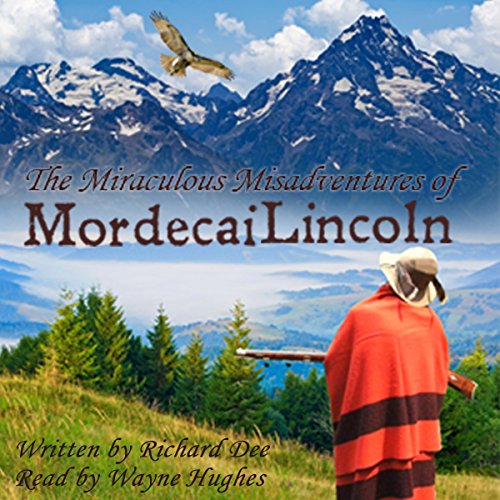 By: Richard F Dee
Narrated by: Wayne Hughes
Try for $0.00

This novel is a slightly irreverent, fast-paced, fun adventure set in the 1830s. It features a host of genuine characters including: missionaries, mountain men, Southern belles, ladies of the night, aboriginal beauties, runaway slaves, traveling troubadours, any number of scalawags, and several Indian nations. Based on actual events and several real persons of that era, it contains mortifying, hair-breadth escapes and well-deserved comeuppances throughout. The story follows young Mordecai Lincoln (prudish Baptist parson and greenhorn pilgrim) as he travels west - intent only on revenge. He is chasing after the man who so suddenly squashed young Lincoln's rising hopes for evangelical (and worldly) glory. None other than the Right Reverend Jason Lee, Methodist missionary to the Flathead and Nez Perce Indians.

Along the way our "hero" awakens to the wondrous West and learns some most valuable lessons. Among these: how to beak a Comanche mule, drop "buffaler" in their tracks, and purchase a devoted wife. Will Mordecai also survive corrupt officials, prison, hanging by border thugs, and the flux and fur trade rivalries to finally bring down the Lord's (and Mordecai Lincoln's) justice upon Jason Lee? Listen and ye shall see.

What listeners say about Mordecai's Conversion