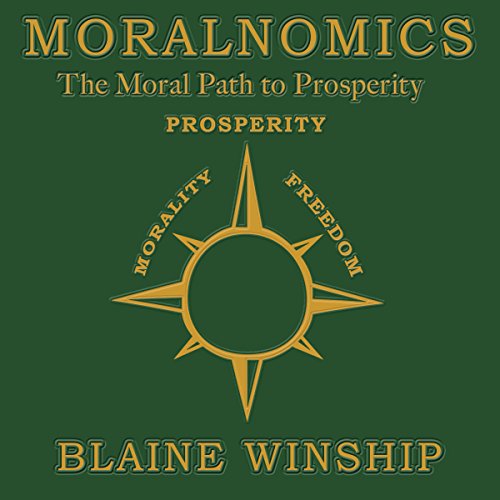 Moralnomics: The Moral Path to Prosperity

Moralnomics: The Moral Road to Prosperity dares to bring back the "M" word. But this time, the morality is universal, being objectively anchored in human nature - as revealed by what has and has not worked to elevate the human condition, including our living standards and our economic performance. Regardless of whether you believe that human nature comes from a kind and loving God, or you don't believe in God, or you simply prefer that religion and public policy not be mixed, this book is for you.

Moralnomics takes us on a journey that begins with encouraging individuals to grow their capacities for being of greater value to others and for bonding empathically with others. Building on these twin pillars of personal growth, Moralnomics shows how basic moral rules and higher moral principles enable us to protect civilization and, from there, to create widespread and lasting prosperity. By merging self-interest and other-directedness at ever-higher planes, Moralnomics makes the moral case, as never before, for bottom-up economic freedom to please one another in ways we value for ourselves, and for bottom-up political freedom to ensure that our government is of, by, and for the people - that is, us.

Moralnomics exposes as false the narrative that America is an evil, greedy, and oppressive nation. Of course, in some serious ways, America has been morally flawed (albeit much less so than other nations). But the moral values for which America has stood, however imperfectly, have led it to attain unprecedented greatness in improving living conditions, and in promoting democratic rule, around the world. By ignoring all of this, and by overlooking the well-documented misery that top-down regimes in denying freedom have inflicted on their peoples, this narrative is worse than false. It is immoral.

What listeners say about Moralnomics: The Moral Path to Prosperity