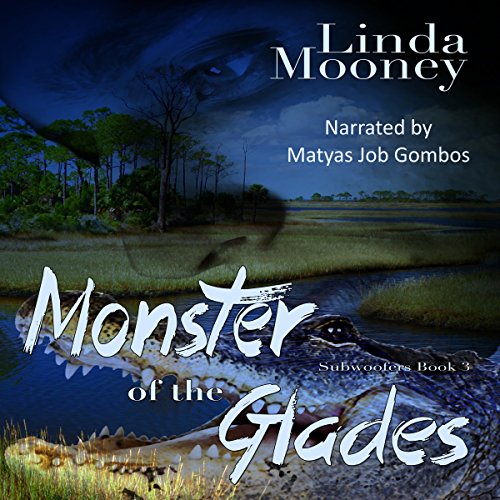 Monster of the Glades

By: Linda Mooney
Narrated by: Matyas Job Gombos
Try for $0.00

They found each other by accident. They became a team for life.

When Clint Abrams of Bag It and Tag It Excursions is approached by representatives of JayMax Productions to film scenes in the swamp for a horror movie, he is intrigued. Both by the movie, whose subject hits a little too close to home, and by the tall, freckled redhead, Charlie Dupine.

Clint can’t hide his feelings for Charlie, and the more time he spends with her, the more he knows she is his destiny. His life mate. His everything.

There is something about Clint that Charlie can’t quite explain, and she can’t get him off her mind. She’s not big on relationships, but if nothing else, a one-night stand with the guy can’t hurt while she’s at the lodge. He’s causing feelings in her that she’s not sure about.

But when danger rears its head, it’s not all because of the wildlife. Clint will do whatever it takes to save her, but that may mean exposing his secret. Will she run when she learns the truth? Or can she love him just the same? That choice may be taken away when lives are threatened and the FBI becomes involved.

What listeners say about Monster of the Glades

Linda does it again with another great installment into her shifter world. This one is a crock who finds love on a film crew who want to make their next horror movie in the swamp and hires Clint as their guide. Love, love, loved it!

I enjoyed the story. Likable characters and happy ending. Decent narrator if you listen to the audiobook. You don’t have to read the other stories in the series to get what’s going on, which is good because I didn’t see that this was the third book in the Subwoofers series when I downloaded the title. Now I plan to go read the others.