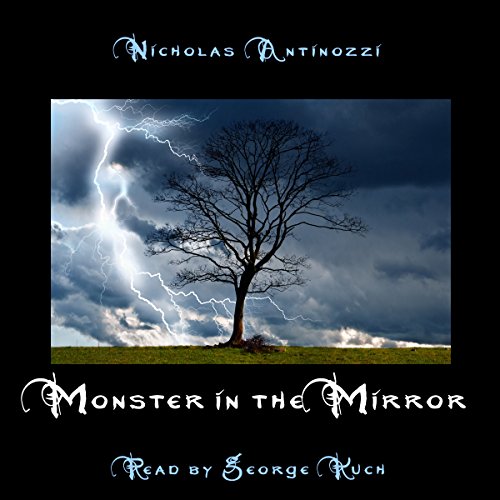 Monster in the Mirror

Monster in the Mirror

Charles and Eddie Drummond are mirror twins, identical, yet opposite, a rare subset in twins. One brother is right-handed and the other is left-handed. One boy is outgoing while the other is painfully shy. Charlie is a gifted, natural athlete; while Eddie struggles to be average. Charlie graduates at the top of his class and is given an athletic scholarship to an Ivy League college. The two brothers have a bitter fight, just days before Charlie leaves for school. Eddie never leaves the family home. He will not see his brother again for nearly twenty years.

Charlie returns home when their mother passes away, but he now insists to be addressed as Charles. He has accomplished much in his years away, both an author and the host of a nationally syndicated radio program. Five days a week, Charles touts the virtues of the conservative political movement. Him and his wife have two children.

Eddie is also married with two children, but he is worried about seeing his brother after so many years. Thankfully, the funeral seems to put an end to the bad blood between them. Soon, the two families are forming bonds and Charles confides that he and his family would like to spend the summer in their hometown of Hibbing, Minnesota. They have grown tired of the hustle and bustle of the Big Apple, and with Eddie’s blessings, Charles proposes the idea of renting an office in town to broadcast his show. Despite his reservations, Eddie gives Charles his approval.

The two families gradually discover vast differences in their political and spiritual beliefs and they begin to clash. Too late, Eddie learns that Charles is not the man he pretends to be. Slowly, Charles proves himself to be a hypocrite and is only using his professed faith as a tool to get what he wants out of life and for the status it represents. From the far right to the extreme left, this tale slowly unravels around some of the most delicate issues of our time.