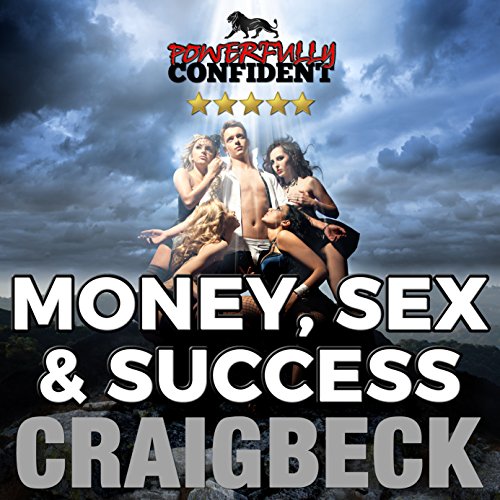 Some men live by the motto "everything in moderation", but when it comes to money, sex, and success some of us want as much as we can get. The good news is a recent study has revealed that the guys who get a lot of sex also tend to earn more money too. The study looked at data on approximately 7,500 men between 26 and 50, all of who had taken part in behavioral research that concentrated on what effect sexual activity might have on income, if any. The patterns were clear: guys who reported having sex two to three times a week also reported earning an average of 4.7% more than those who got less "action". What this tells us is that abundance is a mindset that we can replicate. There is a blueprint to getting more women, more sex, more money, and ultimately more success into your life - and this book is it!

THIS GUY REPEATS THE SAME STORY S IN ALL HIS BOOKS

Learn from the master

Steel sharpens steel. I love Craig's no nonsense style and this is a short be entertaining example of it. Perhaps too short to make a massive difference but if used in conjunction with his other stuff then...

This is almost an exact copy of his previous work on the same subject. Almost word for word.

I look forward to seeing what the next year brings

The most sense anyone has ever written. Let's do this. Cheers Mr Beck. Life changing.