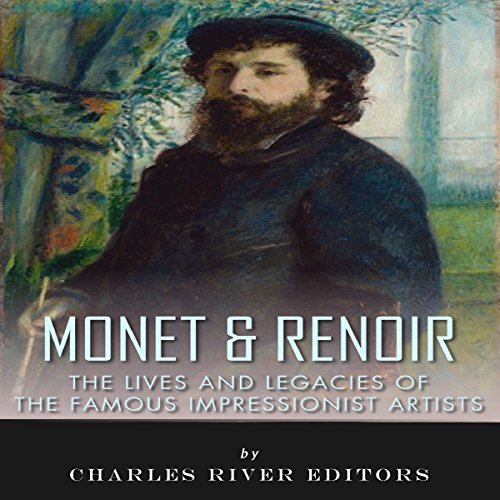 To get a sense of the kind of prestige that Claude Monet enjoys within the art world, one need only learn that his Le Bassin Aux Nympheás (1919) - from his series of paintings featuring water lilies - sold for the equivalent of more than $70 million. This is a staggering price, especially considering that early in his life, Monet had been so poor and debt-ridden that some of his paintings were taken from him by creditors. How, exactly, did Monet progress from being an impoverished young Impressionist artist working at the vanguard of European art to the legendary master whose works command prices near the very pinnacle of the art world?

Naturally, Monet's commercial success soared exponentially in the decades following his death in 1926, at a time in which the prices commanded by the great masters of western art began rising in price at exponential rates. Yet even during his own lifetime, Monet enjoyed a sharp rise to fame and was canonized as one of the greatest painters in France. Following in the footsteps of Edouard Manet, Claude Monet was one of the first painters identified within the Impressionist circle (indeed, it was Monet himself who coined the label of Impressionist after using it in the title of one of his paintings). Where some artists reach the peak of their acclaim early in life, Monet's star continued to rise even throughout his old age; although some would argue that the last decade or so of his life were anticlimactic, at least from an artistic standpoint, his landmark water lilies were made during his elderly years. And even though Monet would continue to paint well after the canonical period of Impressionism had ended, his name was and remains synonymous with Impressionism, along with cherished acquaintances of his, including such luminaries as Pierre-August Renoir, Camille Pissarro, and Edouard Manet. Simply put, Monet is a monumental figure when it comes to examining western art during the second half of the 19th century.

Pierre-Auguste Renoir stands alongside Claude Monet at the very peak of Impressionist painting, and though neither of them can be credited with founding the movement (that honor likely goes to Edouard Manet or Edgar Degas), Renoir and Monet remain inextricably tied to the key characteristics of Impressionism: loose brushwork, outdoor painting, an emphasis on capturing natural light and shadow, and a focus on remaining in Paris and the surrounding countryside. Yet if Monet and Renoir are each remembered for their affiliation with these descriptors, differences nevertheless distinguish them, especially the fact that Renoir concentrated less on nature than did Monet, attending instead to scenes depicting Parisian leisure activity. This thematic concern for depicting scenes of idyllic Parisian enjoyment, such as rowing in boats or grand luncheons, imbues Renoir with a greater sense of joie-de-vivre than Monet or perhaps any of the other members of the Impressionist cohort. Even though Renoir's art shares much in common with his Impressionist colleagues, both his handling of paint and even his subject matter contain significant differences that render him truly unique as a painter.

That Renoir captured scenes of leisure better than any of his contemporaries was surprising and unlikely considering the background in which he was raised. Denied the opportunity for a proper education, Renoir's painting, which started at a young age, was borne more out of a need to work than in pursuit of a lifelong passion. Renoir certainly loved to paint, but like Monet, painting always remained his profession, and he treated it as such.

What listeners say about Monet & Renoir

The reading is oddly rough and rushed and the pronunciation of the names of French locations, artists and paintings is beyond atrocious, often beyond recognition. This is a problem in many Audible books, but especially bad in this one and one on realism in art that I started to listen to. Narrators should be more familiar with the people and places in the books they narrate.

This is a great TLDR if you’re interested in some top of mind facts and quick summaries(think that first paragraph in Wikipedia but expounded upon for 4 more paragraphs, leaving you with enough to be dangerous - or go on a date).

Would look elsewhere for an exhaustive review and critical review.

Info is very interesting but the narration adds litt!e.. The contrasts between the two men add some interest.

This is totally spoilt by an unbelievably bad narrator - his appalling pronunciation and intonation make some of the passages virtually impossible to understand.