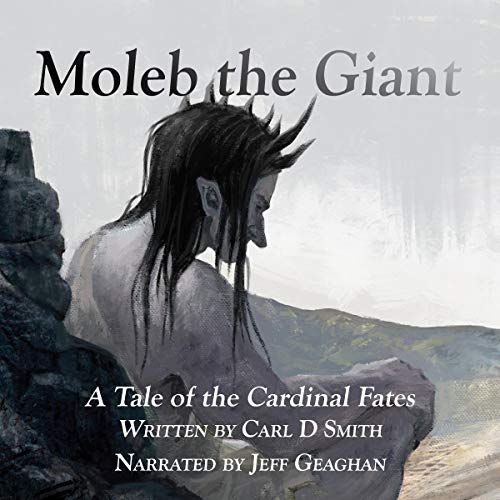 The world is on the verge of an age of enlightenment. Generations have passed since mankind was last forced to contend with magic and monsters. Yet, in the True North, unbeknownst to anyone, an embittered king has released his most fearsome and hated enemy. That loathsome creature is Moleb, the last giant.

Now freed from isolation, the giant wanders south to find both healing and revenge. After haunting the borders of Russland for decades, Moleb is finally granted a chance for redemption. His destiny not only threatens to disrupt the winds of change, but may also usher in a new era of terror and chaos for all mankind.

Moleb the Giant is the first book of the Cardinal Fates, a unique post-RPG fantasy world where the civilizations of humans are in the throes of progress and discovery, but they will first have to contend with powers refusing to fade into antiquity. What are these forces, and can mankind break free of their influence?

Can't wait to see where the story goes

A wonderfully detailed fantasy story with vivid attention to the details in the story. This is only the beginning.