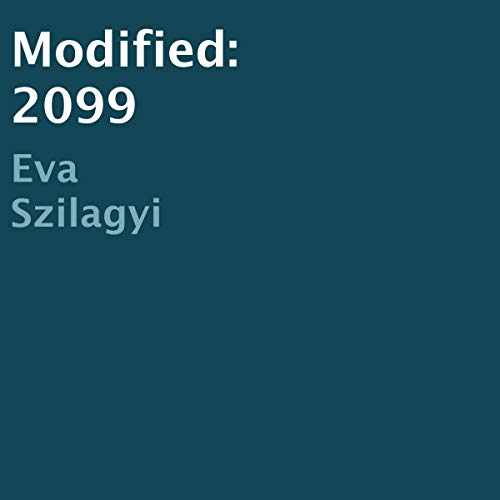 By: Eva Szilagyi
Narrated by: Betty Johnston
Try for $0.00

Sun-flare fireballs hit the Earth in the mid-2000s, triggering destruction along its path. Genetically modified people create a new government and form futuristic technology, including flying cars and time travel.

This romantic story Modified, takes place in the year 2099. Human DNA has been genetically modified, and people are left dealing with past mistakes of GMOs from the early 2000s. Anna meets imminent dangers head-on when Harry brings her to his bioengineering, experimented world, where humans are fighting a war for their existence. Anna is surprised and only wants to flee from the new world, only to discover that she may be their only hope for the future.

What listeners say about Modified: 2099