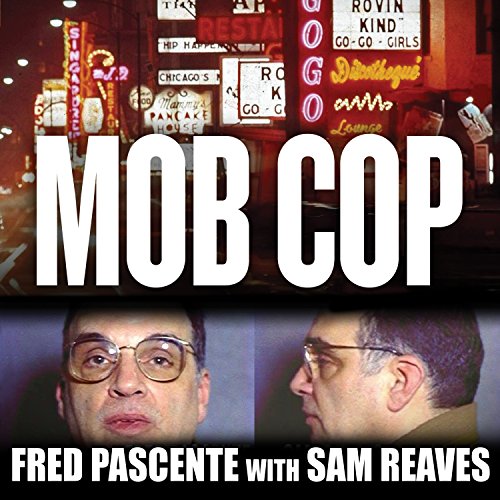 By: Fred Pascente,Sam Reaves
Narrated by: Johnny Heller
Try for $0.00

Former Chicago police officer and Outfit associate Fred Pascente is the man who links Tony Spilotro, one of Chicago's most notorious mob figures, to William Hanhardt, chief of detectives in the Chicago Police Department. Pascente and Spilotro grew up together on Chicago's Near West Side, and as young toughs they were rousted and shaken down by Hanhardt.

While Spilotro became the youngest made man in Chicago Outfit history, Pascente joined the police department. Soon taken under Hanhardt's wing because of his connections, Pascente served as Hanhardt's fixer and bagman in the department for more than a decade. At the same time, Pascente remained close to Spilotro, making frequent trips to Las Vegas to party with his old friend while helping to rob the casinos blind.

Mob Cop details the decline of traditional organized crime in the United States and reveals new information about the inner workings of the Outfit. Fred Pascente's position as an insider on both the criminal and law enforcement fronts makes this story a matchless tell-all.

"[A] worthwhile glimpse into the schizoid world of a corrupt cop." ( Kirkus)

What listeners say about Mob Cop

this is the worst mob related book I've ever read. it's just pointless mini stories that have no sequence or order. avoid this book

I come from the Westside of Chicago and both of my grandfathers and my father were CGPD...When it came time for me to take the CGPD test my father said don't bother, I will make sure you flunk it......as a result I went to the Feds...Some guys I grew up with and became CGPD went to jail….Some guys I went to law school with went to jail. Father knows best......Thanks Dad
This book was love/hate/agony......I loved the narrator as he sounded like a true Chicago jag off....and he made it real.
I also loved/hated it bc it gave listeners a birds-eye view into the mind of a mobster. It’s agonizing because every time the main character said "He’s a great guy" I wanted to throw-up but we get a birds-eye view of how evil, corrupt and vicious these guys are and how they justify their despicable actions. I found it stunning that the main character would run around with KNOWN MOB guys and NO ONE ON THE CGPD HAD A PROBLEM WITH THAT!!!
Thank God for the FBI and guys like Special Agents Bill Romer and Terrence Hake, (Operation Greylord fame)
...that gives us so hope.

Slow to start, but I couldn't stop listening.

Once you get thru the first few chapters, it's a great story. I am surprised this hasn't been made into a movie yet.

I highly recommend this one. Fred Pascente had a crazy life. The narrator was great

loved it the story was excellent . its worth it . I highly recommend it .

This is my first audible review. I normally never get around to it BUT this book was so good I had to. This book is a must have. The story was excellent and was it narrated perfectly. I listened to this book in two days in which I normally spread it out but I couldn't stop listening.