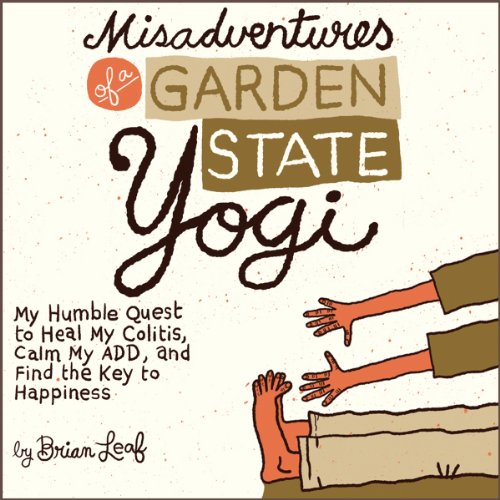 Misadventures of a Garden State Yogi

My Humble Quest to Heal My Colitis, Calm My ADD, and Find the Key to Happiness
By: Brian Leaf
Narrated by: Brian Leaf
Length: 5 hrs and 23 mins
Categories: Health & Wellness, Alternative & Complementary Medicine
4 out of 5 stars 4.1 (31 ratings)

Misadventures of a Garden State Yogi

As a college freshman business major suffering from a variety of anxiety-related maladies, Brian Leaf stumbled into an elective: Yoga. It was 1989. All his classmates were female. And men did not yet generally “cry, hug, or do yoga”. But yoga soothed and calmed Leaf as nothing else had. As his hilarious and wise tale shows, Leaf embarked on a quest for health and happiness - visiting yoga studios around the country and consulting Ayurvedic physicians, swamis, and even (accidentally) a prostitute. Twenty-one years later, he teaches yoga and meditation, and is the beloved founder of a holistic tutoring center that helps students whose ailments he once shared.