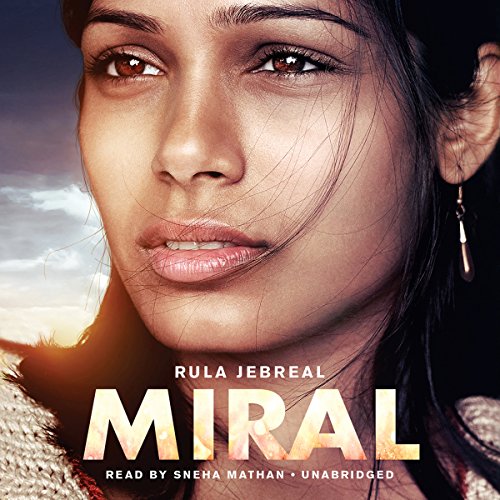 Written by the much-admired Italo-Palestinian journalist Rula Jebreal, Miral is a novel that focuses on remarkable women whose lives unfold in the turbulent political climate along the borders of Israel and Palestine. The story begins with Hind, a woman who sacrifices everything to establish a school for refugee Palestinian girls in East Jerusalem. Years later, Miral arrives at the school after her mother commits suicide. Hind sees that Miral has the potential to change the world peacefully—but Miral is appalled by the injustice that surrounds her and flirts with the notion of armed resistance. Hind desperately works to persuade her to stay the course of education, hard work, and nonviolent resolution—but is she too late?

“A gripping story with nuanced characters and historical context that thoroughly humanizes the Palestinian-Israeli conflict.” ( Associated Press)
“Packed with historical facts…a reliable refresher of the Palestinian struggle.” ( Publishers Weekly)
“Gripping…There are few novels that show the personal conflict in such depth and complexity.” ( Booklist)

Glad we are finally hearing from this culture

Would you consider the audio edition of Miral to be better than the print version?

I did not read the print adition but I think it is easier for me because of the names. I have to call many names by their first letter because I do not do well with foriegn names.

What other book might you compare Miral to and why?

What does Sneha Mathan bring to the story that you wouldn’t experience if you just read the book?

Who was the most memorable character of Miral and why?

I would like to have had a bit more information and background on the places and people. I have some reference but I always like review of what is happening. I hope more books like this will be written because I beleive we can only come together as a world when we become acquainted with each other and with different culture and beliefs. So sad that so many suffer while so many have more than they could ever use.

This book really had no true story. It's all about propaganda. An attempt to warp history: Palestinians are a well educated, honorable, and peaceful people and Israelis are Evil, dominated by fear, and not to be trusted. The characters had no depth. I love historical novels! Authors like Edward Rutherfurd and ken Follet. This book was a big disappointment!