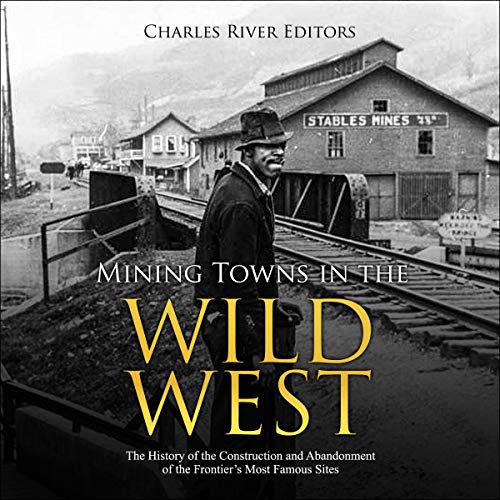 Mining Towns in the Wild West

The Lewis and Clark Expedition, notwithstanding its merits as a feat of exploration, was also the first tentative claim on the vast interior and the western seaboard of North America by the United States. It set in motion the great movement west that began almost immediately with the first commercial overland expedition funded by John Jacob Astor’s Pacific Fur Company and would continue with the establishment of the Oregon Trail and California Trail.

The westward movement of Americans in the 19th century was one of the largest and most consequential migrations in history, and as it so happened, paths across the West were being formalized and coming into use right around the time gold was discovered in the lands that became California in January 1848.

Located thousands of miles away from the country’s power centers on the East Coast at the time, the announcement came a month before the Mexican-American War had ended, and among the very few Americans that were near the region at the time, many of them were army soldiers who were participating in the war and garrisoned there. San Francisco was still best known for being a Spanish military and missionary outpost during the colonial era, and only a few hundred called it home. Mexico’s independence, and its possession of those lands, had come only a generation earlier.

Everything changed almost literally overnight. While the Mexican-American War technically concluded with a treaty in February 1848, the announcement brought an influx of an estimated 90,000 “Forty-Niners” to the region in 1849, hailing from other parts of America and even as far away as Asia. All told, an estimated 300,000 people would come to California over the next few years, and while the California gold rush brought about the first major mining towns and established Los Angeles and San Francisco as major cities, other boomtowns would be built almost overnight alongside the discovery of other mineral deposits like silver. Perhaps, the most famous was Tombstone, a frontier boomtown in Arizona that came to symbolize everything about the Wild West.

In many ways, Tombstone fit all the stereotypes associated with that era in American history. A dusty place on the outskirts of civilization, Tombstone brought together miners, cowboys, lawmen, saloons, gambling, brothels, and everything in between, creating an environment that was always colorful and occasionally fatal. Those characteristics might not have distinguished Tombstone from other frontier outposts like Deadwood in the Dakotas, but some of the most famous legends of the West called Tombstone home for many years, most notably the Earp brothers and Doc Holliday. And ultimately, the relationships and rivalries forged by those men in Tombstone culminated in the legendary Gunfight at the O.K. Corral on October 26, 1881.

The West’s most famous fight all but ensured that Tombstone would be the epicenter of Western lore, but that did nothing to stop the dwindling of the city’s population at the end of the 19th century. Fires, the negative environmental effects of so much mining, and the closing of the frontier all made sure that the populations in such places never grew back to anything resembling their peaks in the late 19th century, and today, the remains of such mining towns tend to be objects of curiosity and tourism sites than anything else.

Mining Towns in the Wild West: The History of the Construction and Abandonment of the Frontier’s Most Famous Sites profiles some of the most important events and camps that popped up in response to mineral discoveries. The audiobook also describes their history and how they were often left behind nearly as quickly as they peaked.

What listeners say about Mining Towns in the Wild West

It’s what it says on the tin

I’d recommend this book for anyone really interested into getting into the history of mining towns and how they worked, don’t expect nail biting suspense. This is for detailed information and in that respect, it did its job.
Don’t expect good voice acting either, the man did his job but I didn’t find him the most interesting to listen to.