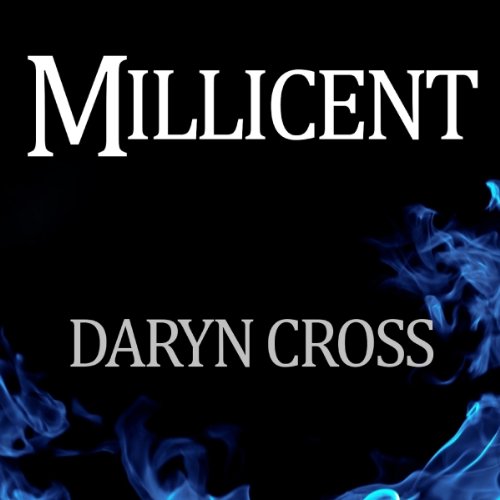 By: Daryn Cross
Narrated by: Victoria Smart
Try for $0.00

As a child, she was abused by her father and she swore she'd never trust a man again, As a young woman, she wished for a happily-ever-after relationship like those she read about in her books. As a wife, she was scorned by a man who didn't love her. Now she is a woman bent on control of everything and everyone. When did her search for security turn into a desire for power that can never be sated? Millicent!

What listeners say about Millicent

Yes. All the reviews that have been made on this book have been 5-stars and I agree.

The heroine, or should I say villainess? She's a woman you love to hate,

What does Victoria Smart bring to the story that you wouldn’t experience if you just read the book?

Victoria gets into character and shows the strong emotions of the central characters.

Yes, a perfect size for a drive into work and then home.

Former reviews:
5.0 out of 5 stars Best Kindle Bargain Around
By Tracy R. Foard

I travel a great deal and love to download various reading materials for the Kindle that don't cost me an arm and a leg. I love the character . . . a strong woman in a time when that kind of strength was not common. You're hooked from the first two pages when Millicent's mother shoots her father, and I flew through the story in one reading. I want more!!!!


5.0 out of 5 stars A Woman Scorned
By Ruby Johnson
This review is from: Millicent (Kindle Edition)
Millicent comes from a back ground of child abuse. Her subservient mother later remarries. Lovely, rich and smart she vows she will never be that to any man and does not want to marry, that is until she meets the man her stepfather has arranged for her to marry and is wildly attracted. He, however, wants nothing except a marriage of convenience. She agrees to the arrangement, but changes her mind about a sexless marriage. Nothing could prepare him for the lust she showers on him and her unwanted seduction of him on their wedding night. However, that quickly changes when he refuses further contact and she discovers he is a philandering husband. Her disappointment, and anger about the situation in which she finds herself leads her on a path of control and revenge. This is a well written short story and was an easy quick read that will not disappoint.


5.0 out of 5 stars Queen of Evil
By Caroline Clemmons "Romance Author"
This review is from: Millicent (Kindle Edition)
Millicent is not your usual sociopath. She is one sexy woman with a plan and without a conscience. This short story is the prelude to a terrific sci-fy saga and will keep you reading right through dinner and bedtime. Once you read this, you won't be able to resist the entire saga, soon to be available.


5.0 out of 5 stars Tight, evocative writing
Avid Reader
This review is from: Millicent (Kindle Edition)
Milicent is a woman driven by determination and a tragic past to create the future she wants for herself. Her means of achieving her goals are cold, methodical and shiver-inducing. A fast read, with tight, evocative writing. Millicent sets up a forthcoming series featuring a character from this book. The foundation is laid here and it has me curious about what happens there.


5.0 out of 5 stars Never has rooting for a sociopath been this entertaining
By Cassan Rose "Catholic Kittie"
This review is from: Millicent (Kindle Edition)
When Millicent is scorned, she doesn't get mad she plays it cool until the right moment. I am the type of girl who always, without fail, falls for the villain in books so it's no big shocker that I found myself relating to Millicent. She is cool under pressure, knows what she wants, gets it and then covers her tracks like nobody's business. She is wicked smart and if you make the mistake of underestimating her, you will not make that mistake twice.
A few people might read this book and say, "Oh this chic is crazy." However, she really is a product of her environment. Okay, maybe I just adore her and the author does an awesome job of making someone who would normally come off as unlikeable come out as relatable.

William, William, William. It is hard to feel sorry for the guy. He doesn't even stand a chance against Millicent. He is the exact opposite of Milli. Where she is head strong and battle savvy, William is simpering and always has an excuse and for the first half of the book I thought he was gay but I think every guy is so that isn't really a spoiler.
I really enjoyed this book. I really like how it comes off as the roles are reversed. Williams is the "Decent" guy except in this book you are not pulling for him to win; never has rooting for a sociopath been this entertaining!