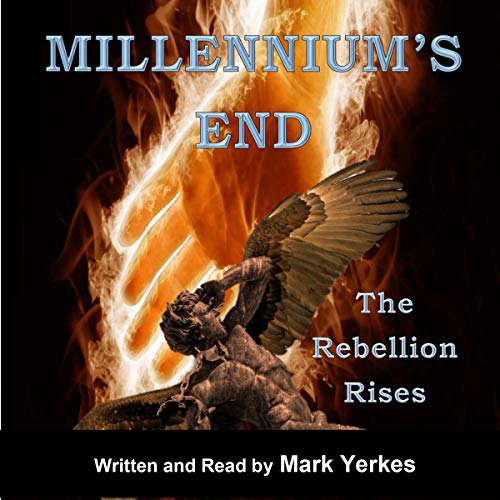 In the 998th year of the Millennial Kingdom, the season of reaping is at hand. The demons have been cast into the Lake of Fire, and Satan is bound in the bottomless pit, but the biblical prophecies state he will soon be released so God can test the loyalties of the current flesh-born generations on earth.

Satan's influence, a spirit of rebellion, is already being felt through the Founders of the Forum, a group of six who have surrendered themselves to the control of Lucifer. The evil they promote is spreading like gangrene. The glorified saints, the faithful still in the flesh, the people of Israel, and the hosts of angels will all be tested in the days ahead.

Prince Robert Carrigan leads a triad of saints appointed to govern the principality of Sylvan Glade, and one overriding question has been on his mind: "How many will be deceived this time and surrender their souls to God's archenemy?"

What listeners say about Millennium's End: The Rebellion Rises