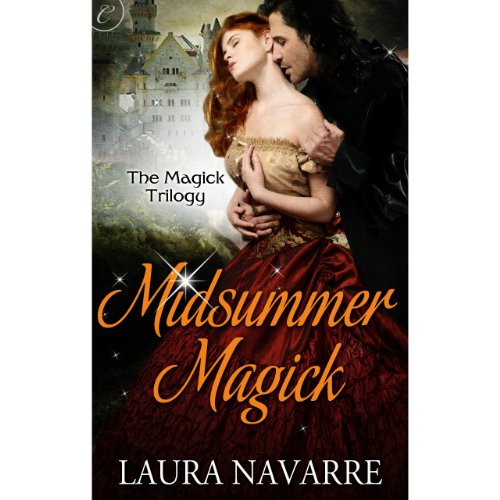 By: Laura Navarre
Narrated by: Rosalind Ashford
Free with a 30-day trial

The Virgin Queen's Court whispers about shy scholar Lady Linnet Norwood, who spent a year and a day trapped in the Faerie realm and returned as a ruined woman. Linnet, however, is not yet free of magick. Otherworldly forces plot to use her to incite a bloody uprising that will twist the fates of mortal and Faerie realms alike.

Exiled angel Zamiel wavers on the edge of accepting an offer from his fallen father to become Prince of Hell. Lucifer knows Lady Linnet's significance, and urges his son to pursue and protect her for sinister ends.

As Linnet flees those who would make her a pawn, Zamiel follows, tempting her trust and her passion. But the more he employs his killing rage on her behalf, the more he dreams of laying it aside in favor of peace.

If the two can find faith together, they might sunder the unholy alliance that threatens the dawn of the Golden Age of England.

What listeners say about Midsummer Magick