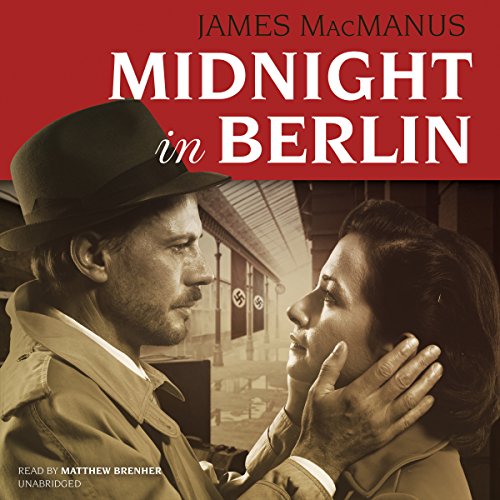 By: James MacManus
Narrated by: Matthew Brenher
Try for $0.00

Berlin in the spring of 1939. Hitler is preparing for war. Colonel Noel Macrae, a British diplomat, plans the ultimate sacrifice to stop him. The West's appeasement policies have failed. There is only one alternative: assassination.

The Gestapo, aware of Macrae's hostility, seeks to compromise him in their infamous brothel. There Macrae meets and falls in love with Sara, a Jewish woman blackmailed into becoming a Nazi courtesan. Macrae finds himself trapped between the blind policies of his government and the dark world of betrayal and deception in Berlin. As he seeks to save the woman he loves from the brutality of the Gestapo, he defies his government and plans direct action to avert what he knows will be a global war.

Inspired by true events and characters, James MacManus' Midnight in Berlin is a passionate story that will leave you in awe of the human capacity for courage, sacrifice, and love set against a world on the brink of war.

What listeners say about Midnight in Berlin