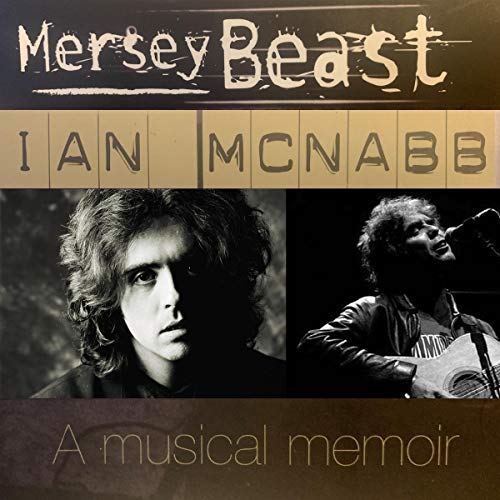 Ian McNabb is one of the finest singer-songwriters Britain has produced over the past 30 years.

From his innocent first steps into the music business via the working men's social clubs in the mid-1970s to his success on the world stage in the 1980s and beyond, join him on a rock and roller-coaster ride.

Ian's audiobook edition is told as if you were sitting down with him over a drink and is an exhilarating, exciting, frequently hilarious account of his hits and misses, written with astonishing frankness.

Ian McNabb is a Mercury Prize-nominated artist who got to play with many of his childhood heroes. This is an audiobook for anyone who ever wanted to know what happens when you (almost) get everything you ever wanted.

I started writing this book in 2006, and I finished it two years later. Some interesting things happened in this time period which I decided to leave out in order to facilitate a punchy start to my next literary effort, which will appear in the not too distant future. I'm not sure exactly when because I have a lot of music to make as well.

Some people have asked me if I have updated the text or changed anything from the book. Had my viewpoint or opinion altered over the years? Well no, no, yes and no. I could have fiddled around with the text and made myself appear a bit more mature and not so petulant, but that's how I was. I probably still am.

The two types of comments I had from friends and associates were: 'Am I in it?' and 'Why aren't I in it?' At least one major friend featured in this audiobook refuses to speak to me anymore, but the ones I thought would be the most put out are still close to me.... I guess that makes them true friends?

I found it very interesting and sometimes a little uncomfortable having to read this aloud in a studio nearly a decade after I wrote it, but here it is in all its honesty. I hope you enjoy it. If you have read the book I think it will sound fresh in this audiobook edition. If you haven't then I think you're in for a treat. Thanks for caring.

I'm about 2/3rds the way through the audiobook... I'll be honest, 90% of my love for Ian Mcnabb's work (solo and in the Icicle Works) is wrapped up in the IW debut album (and it's b-sides and alternates, which, if you haven't explored, make up an entire album to themselves). That said, I have thoroughly enjoyed this book, the story of his youth and introduction to writing/playing music, as well as his life after that amazing first IW album.
I'm a semi-professional musician myself, and from that perspective, his insights and details are fun, funny, informative and varied (studios, locales, types of personnel, etc.).
The funnest thing about listening to his story, for me personally, is the simple fact that I find he & I agree on so many perspectives on relationships, politics (or lack thereof), musicianship, etc. I totally relate to Mcnabb on a lot of levels!
If you enjoyed a lot of the bands floating around during the 80s and 90s, you will enjoy hearing his stories that include many well-known (and some not-so-well-known) fellow musicians and artists (such as Stuart Adamson of Big Country, Mike Scott of the Waterboys, Joe Walsh, and Neil Young's band Crazy Horse).
Performance-wise, Mcnabb does a great job (this is for the audiobook, which he reads himself). The reading flows very well, and you don't really ever get the sense that he's "working" (i.e. you aren't ever distracted by the visual of him sitting on a stool in front of the mic with a sheaf of paper in his hand, as you can be with other narrators). The one practical nitpick I have is the "silent space" between chapters (they could have inserted a slightly longer break between the last line of chapter A and the beginning of chapter B), it feels a bit forced in that sense and does take away from the natural flow just a bit.
If you are even just a casual fan, but you find the music business/musicians-in-general interesting, I would highly recommend buying this and giving it a listen/look. I don't think you'll regret it one little bit. A very thoughtful, interesting and fun ride.

Does what it says on the tin

If you're a fan of Ian Mcnabb you'll know what you're in for. If you're not, prepare yourself for a candid, unvarnished tale of sex, drugs and rock and roll. What makes McNabb's musical memoir so much better than other rock star autobiographies out there is the lack of pretense and a willingness to tell the story even when he doesn't come out of it looking good. He's not always a nice guy.

Read by McNabb himself, you get a feel for what it would be like to hang out with the man.

There are a few glitchy bits in the recording but nothing that spoils the story, just a few edits needed where he clearly meant to rerecord a passage.

Do yourself a favor and give it a listen.

For those of us who were teens in the 80s Ian McNabb and the Icicle Works were one of those bands that never quite made it despite more than deserving to!
Here Ian himself tells his life story...you will laugh and you will cry but above all nine hours will fly by in the company of a great storyteller. Very highly recommended!

There's only one Liverpool Bard

Merseybeast is a MUST for anyone remotely in to music/comedy/biographies.
Narrated by the man himself, Ian takes through a journey of an amazingly colourful life with its ups and downs and then ups again... what a fantastic ride.
Shep