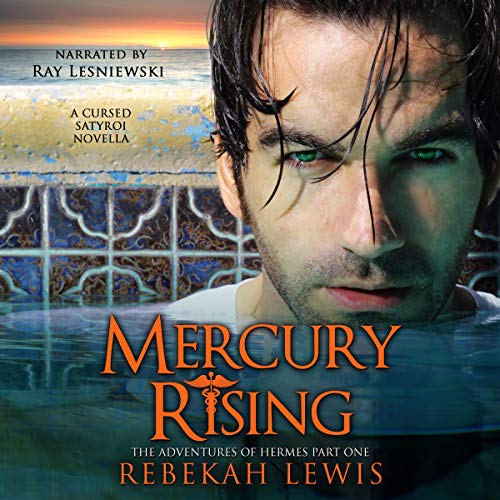 The Adventures of Hermes, Book 1
By: Rebekah Lewis
Narrated by: Ray Lesniewski
Length: 2 hrs and 42 mins
Categories: Romance, Fantasy
3 out of 5 stars 3.3 (4 ratings)

Nymphs in peril, obsessive gods, females who literally cannot admit when they're wrong, and unruly satyrs. Just another typical day for Hermes.

When Zeus refuses to demand Apollo release Daphne from captivity in Olympus, the only option left is for Hermes to free the nymph himself. A simple task for a god with his skillset, but risking the wrath of Apollo never went well for anyone.

However, imprisoned nymphs aren't distraction enough when a former flame crashes back into Hermes' life. It's been a long time since he laid eyes on Hybris, and the timing couldn't be worse. As the goddess of hubris, she has many quirks - such as being incapable of apologizing. And no matter how much she tries to assure him she can be trusted, the memory of her betrayal remains.

As they formulate a plan to rescue Daphne, Hermes soon suspects no threat is greater than the tribulations of the heart.

Don't miss the first part of The Adventures of Hermes, a companion series to The Cursed Satyroi.

Mercury Rising is absolutely amazing book mixed with fantasy and mythology. The book is well written and narrated. The flow of the storyline goes at a good pace. I received this review copy at my request. I am voluntarily leaving my honest review here.

The writing on this is brilliant

This audiobook is absolutely fabulous. I adore Hermes. He is mischievous and makes his own rules--or rather finds an ingenious work around to the rules imposed on him. This book is brilliant and I can't wait to listen the next part of his story.

The narrator does a good job of bringing Hermes to life. Definitely give this audiobook a try. You might just love it as much as I did.