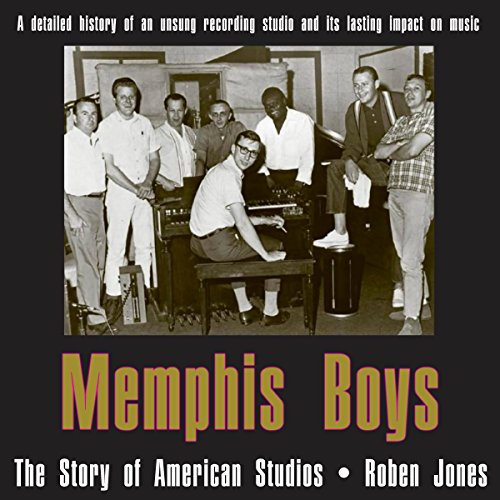 By: Roben Jones
Narrated by: David A. Nickerson
Try for $0.00

Memphis Boys chronicles the story of the rhythm section at Chips Moman's American Studios from 1964, when the group began working together, until 1972, when Moman shut down the studio and moved the entire operation to Atlanta. Utilizing extensive interviews with Moman and the group, as well as additional comments from the songwriters, sound engineers, and office staff, author Roben Jones creates a collective biography combined with a business history and a critical analysis of important recordings. She reveals how the personalities of the core group meshed, how they regarded newcomers, and how their personal and musical philosophies blended with Moman's vision to create timeless music based on themes of suffering and sorrow.

Recording sessions with Elvis Presley, the Gentrys, Aretha Franklin, Wilson Pickett, the Box Tops, Joe Tex, Neil Diamond, B. J. Thomas, Dionne Warwick, and many others come alive in this book. Jones provides the stories behind memorable songs composed by group writers, such as "The Letter", "Dark End of the Street", "Do Right Woman", "Breakfast in Bed", and "You Were Always on My Mind". Featuring personal profiles and a suggested listening section, Memphis Boys details a significant phase of American music and the impact of one studio.

What listeners say about Memphis Boys: The Story of American Studios

Very interesting but too long.

I grew up near Memphis and always loved the music that came out of there; but I never realized that so much of the music I loved in the sixties and early seventies came from the American studio in Memphis. These musicians were second to no one.
As far as the book is concerned, it is quite a bit too long. Too much time was spent on descriptions of the recordings; sounding too much like Rolling Stone record reviews. I often had to stop listening to the book, and go on YouTube or ITunes to find the recording being described. It was also hard to follow the cast of characters. As a visually impaired person, I am restricted to audiobooks, but I would imagine that the hard copy would have photos of all the people involved. The reader did a good job, but did mispronounce a few names. Overall, I enjoyed the audiobook.