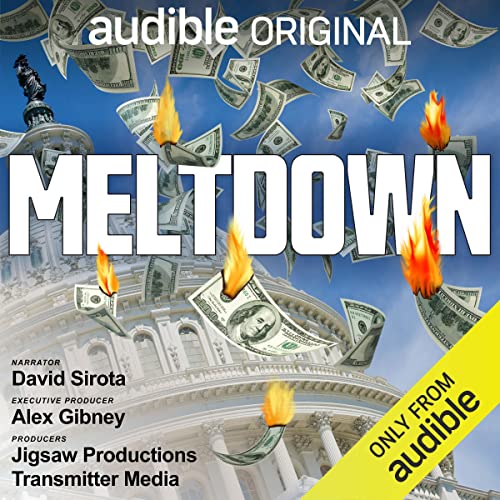 Jigsaw Productions is helmed by Academy Award-winning filmmaker Alex Gibney, considered one of the most prolific and thought-provoking documentary filmmakers of our generation. Jigsaw has produced some of the most acclaimed documentary films, including Going Clear: Scientology and the Prison of Belief, which won three Emmy awards, a DuPont Columbia Award, and a WGA Award, and was one of the most watched documentaries in HBO’s history; the Oscar- and Emmy Award-winning Taxi to the Dark Side; the Oscar®-nominated “ nron: The Smartest Guys in the Room; the multiple Emmy Award-winning Mea Maxima Culpa: Silence in the House of God; Showtime’s Emmy Award-winning History of the Eagles; the controversial We Steal Secrets: The Story of Wikileaks; the provocative film about Lance Armstrong’s fall from grace, The Armstrong Lie; and Client 9, the in-depth look at the rapid rise and dramatic fall of former New York Governor, Eliot Spitzer. Jigsaw releases from the past several years include the Peabody Award-winning and Grammy-nominated Mr. Dynamite: The Rise of James Brown; HBO’s two-part special, Sinatra: All or Nothing At All; and Steve Jobs: The Man in the Machine.

Director Alex Gibney has been called "the most important documentarian of our time" by Esquire Magazine ( Esquire) and "one of America’s most successful and prolific documentary filmmakers” by The New York Times (The NY Times T Magazine). Known for his cinematic, gripping, and deeply insightful documentaries, the filmmaker has won the Academy Award, multiple Emmy Awards, the Grammy Award, several Peabody Awards, the DuPont-Columbia, The Independent Spirit, The Writers Guild of America Awards, and more. Gibney was honored with the International Documentary Association’s Career Achievement Award in 2013 and the first ever Christopher Hitchens Prize in 2015. Gibney’s films include: Taxi to the Dark Side (2008 Oscar); Enron: The Smartest Guys in the Room (Oscar nominated 2006); Triple Emmy Award winning and Peabody Award Mea Maxima Culpa: Silence in the House of God (HBO); Emmy winning The History of the Eagles (Showtime); 2015 Peabody Award and Grammy nominated Mr. Dynamite: The Rise of James Brown; The Armstrong Lie (2013), which was short-listed for the 2014 Academy Award and nominated for the 2014 BAFTA Award, along with his film We Steal Secrets: The Story of Wikileaks (2013); and Client 9: The Rise and Fall of Eliot Spitzer (2010), which was nominated for three Emmys.

About the Co-Writer and Performer

David Sirota is an award-winning journalist and bestselling author living in Denver, Colorado. He is the publisher of The Daily Poster, an editor at large at Jacobin Magazine, and a columnist at The Guardian. He served as Bernie Sanders’ presidential campaign speechwriter in 2020. Sirota was an investigative reporter for Capital & Main and the Senior Editor for Investigations at IBT/Newsweek. Sirota has also written for The New York Times Magazine, Politico Magazine, Harper’s, Wired, Vice, The Nation, and Salon.com. Sirota has published three books, Hostile Takeover (Crown, 2006), The Uprising (Crown, 2008), and Back to Our Future (Ballantine, 2011). He is co-producing the upcoming Netflix film Don’t Look Up, directed by Adam McKay and starring Jennifer Lawrence and Leonardo DiCaprio.
ORIGINALS

We’ve cultivated everything you need to get started on understanding investments and improving your finances.
ARTICLE

For everyone from beginners to experts, here are the 10 best trading audiobooks to smarten up your portfolio.

What listeners say about Meltdown

So, I'm mostly finished & I love the podcast. I have been interested in the 2008 collapse, but 75% of the stuff I try to read or watch on it is just too dry or too technical. This is one of the few that is actually easy to follow and interesting. 5 for the content, but I give audible a 1 for podcasts because I listen to audiobooks mostly before bed and they continue to play while I am asleep or doing other stuff. Audible makes it nearly impossible to go back to episodes I missed while I was not listening! It refuses to do anything but 'pick up where you left off' no matter what I do. If I go back and pick an episode--it automatically FF to "where I left off'. The only thing you can do is use the 30 second rewind/FF to get to any other part of the podcast. It's the reason I do not listen to most longer podcasts on audible. The content though is excellent. I've been trying to get back to my place, but I might have to let it play out and then start over. I wish audible would fix this.

A refreshing dismantling of Obama’s memoir

I have followed David Sirota since the Bernie campaigns and subscribed to his Substack the moment it went live. As expected, his expose is well-researched and convincing, and delivered with his usual passion and empathy for the victims of the financial crisis. The listener is left without the slightest doubt that Obama was NOT limited by political realities, that he had an overwhelming public mandate and the means to bring about transformative change, but that he instead chose to do the bidding of his donors and protect the interests of Wall Street at the expense of everyone else.
I also believe that Sirota does succeed in explaining financial jargon in relatively simple terms, but I am not the best to judge this as I have worked in the financial industry for 30 years.
A shocking expose of cataclysmic financial crimes whose effects are still very much with us today.

Excellent! Easy to listen to and very informative

I binge-listened to this entire podcast in one day. David does a great job with the narration. High quality production.

1. Contrary to the common narrative, corrupt politicians are not controlled by their donors, They are willing partners who profit from the status quo.

2. Do not trust any bank, ever. Read the fine print and do your research. The government will not protect you from crooks. If the terms sound too good to be true, they probably are.

3. I grew up thinking that the government was watching companies to make sure they are following the law. How naive! That's just a fairytale that Americans tell themselves Blind trust in the system is what got us into this mess in the first place.

Great story but misses a big chunk of the political context. Sirota does a good job pointing out how strange it was that Santorelli railed against bailing out homeowners and how that kicked off the Tea Party and eventually Trump. But that begs a huge question he does not even touch. How can we expect Obama to help the people as opposed to the banks when even talking about doing so causes a Republican backlash of enormous proportions? In other words, why focus only on the failure of Democrats when they obviously had to operate in a political landscape of that nature? The story is entertaining and informative but in the end a flawed analysis.

This is the best book/podcast I've ever heard that explains politics in the United States and how an Authoritarian like Trump arose. Government has been throwing the little guy under the bus for decades, bailing out big banks and wall street and letting the little guy go down the tubes. This is the realist depication I've ever heard. A must listen to because it is far and away the best explanation of why Obama was no FDR and how he made possible Trump.

I never paid much attention to the Occupy movement, but now I wish I did. My faith in our leaders is at an all-time low after listening to this. Documentation of the failures of all of our institutions, audio clips, and testimonials really help educate.

I worked as a housing/foreclosure intervention counselor during the housing crises. I lived through much of this with our clients. We saw the disaster coming and tried to save as many homes as we could. It was a free fall. We dealt with suicide and unbelievable stress. We fought with banks and recognized every issue with the programs that were thrown at us. We longed for cramdown. I don't think we believed in any politicians during that time. We watched our retirement funds disappear.. it was crazy.. This podcast definitely held my attention. Sort of a walk down memory lane.

Finally, Someone talks about what happened in WI

A story that needs to be told

Explosive documentation of an incredibly important period in history. A must listen. I hope people in power learn from the mistakes of the past.

One of the best podcast series I've listened to

it's a great limited mini series podcast. Production is great and very timely. This series is a story about the failures of the Obama administration and of congressional Democratic majorities we will probably never see again to do anything to help people because of their ties to the financial industry. We're seeing it play out again as Democrats feign that they don't have the power to do anything.

this halloween, this has to be the scariest thing I have heard in my lifetime.
it joined the dots simply and eloquently and lifts the fog of political spin.
it was simply scarily riveting.
a bad omen for the rest of the western world.
THE OMEN is already unfolding and not forensically analysed elsewhere. unfortunately.

WOULD LOVE TO SEE THIS BEING EXTRAPOLATED TO INCLUDE THE RISE OF THE VULTURE FUNDS, mentioned in the last 5 minutes.

as current generations are getting shut out completely from the property ladder. why?
explains why China currently ridicules US And western democratic practices.

am waiting for the follow up with fear and trepidation
please keep up the good work.
this is a story that needed to be told and needs to be continued

as we are all currently in the boiling cauldron

loved loved it. Finally understood the 2008 financial crisis, the technicalities of it and the political intrigues around it.. Sirota at his best as usual as a champion of following the story and explaining things in a way that is both interesting and subconsciously makes one care. Top top journalist

The fact that this one sided Trump hating rubbish is aloud is terrible.
Unfollowed.

Fantastic interviews, and great analysis. Solid investigative reporting. In depth study of a critical period in time for american democracy.

Not since The Big Short have I been this engaged in a topic which can often be very dry. Great production, well researched and informative! Loved it