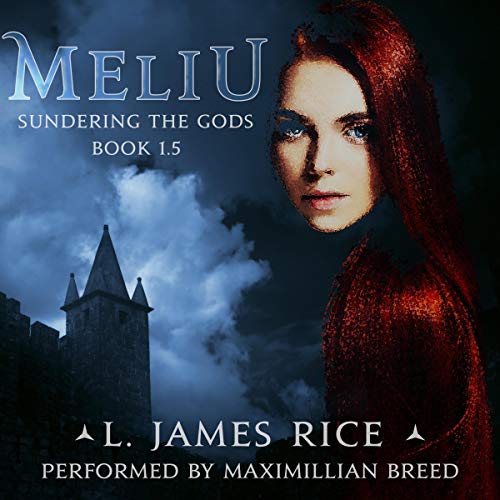 By: L. James Rice
Narrated by: Maximillian Breed
Try for $0.00

Meliu survived the horrors at the Shrine of Burdenis, her scalp mangled by the Taken, but she braved her soul's eternity to rescue holy tomes. Escorted by Ivin Choerkin and the wardens, she found the legendary Codex of Sol, a book thought destroyed by the Clan Choerkin centuries ago. The Codex once brought holy war with its forbidden prophecies; its pages once again seem poised to change the destiny of a people.

Seven days before the Eve of Snows, Meliu returned the Codex of Sol to Istinjoln Monastery. Six days later, Lord Priest Ulrikt entrusted her with a missive intended for a High Priest in Choerkin Fost. She departed soon after with Jinbin, three ponies, and two kegs of ale. An energy surges from the monastery not long after they ride from its gates, and the chill it brings to her bones is all too familiar: A Celestial Gate summoning demonic Shadows.

She rides hard for Choerkin Fost, believing the message she bears is vital to the survival of her people, but on arriving no one meets her to take Ulrikt's message. Per the Lord Priest's orders, she opens the scroll. The command is shocking in its simplicity and intended for her all along: Flee Kaludor.

What listeners say about Meliu

Anchors the Sundering series stories together.

Meliu brings a different view of the events in Eve of Snows. Mr. Rice stile of writing is extremely intriguing. Seeing the ending of EOS from another view point while continuing on with the stories/adventures has made me realize L. James Rice is far more talented than I expected. A friend and epic fantasy aficionado and dilettante said it best, "Why did LJR waste his time as a vintner? He should have been working on his novels instead of making wine!"